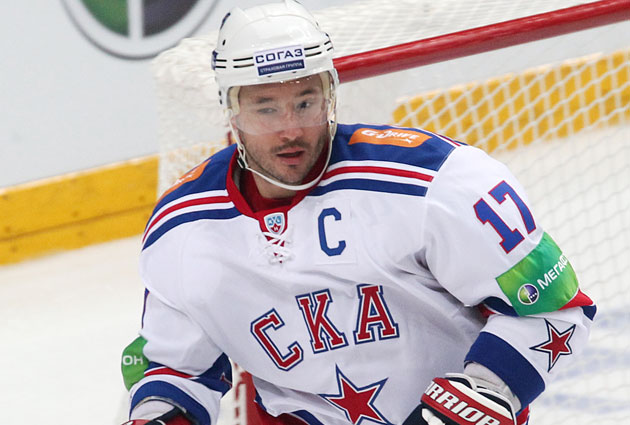 Kovalchuk, 34, had 32 goals and 46 assists in 60 games with St. Petersburg in the KHL during the 2016-17 season. He last played in the NHL with the New Jersey Devils during the lockout-shortened 2012-13 season, in which he posted 11 goals and 20 assists in 37 games. He “retired” and has been in the KHL for the last four seasons.

Shero says Grossman free to speak to other teams about a potential deal. Devils would do a sign and trade. But deal has to make sense for NJ

Kovalchuk can’t officially sign an NHL contract until July 1. So lots of time for all this to play out. But the Kovalchuk sweepstakes are on

Could the Blackhawks consider Kovalchuk? Should they?

It’s worth noting that Kovalchuk was a teammate of Artemi Panarin’s with St. Petersburg for two years (2013-14 and 2014-15). He also played with Vadim Shipachev, who recently became the second player to sign with the Vegas Golden Knights expansion team.

The Blackhawks need to cut salary, and Kovalchuk would be signing a new deal. What the Devils would want in return and his cap hit are two massive questions that would need answering for the Hawks to be in the mix.

Chicago needs to get younger and faster, so bringing in a 34-year-old would seem counterproductive. But his relationship with Panarin can’t be ignored.

42 thoughts on “Ilya Kovalchuk To Return, Should Chicago Be Interested?”