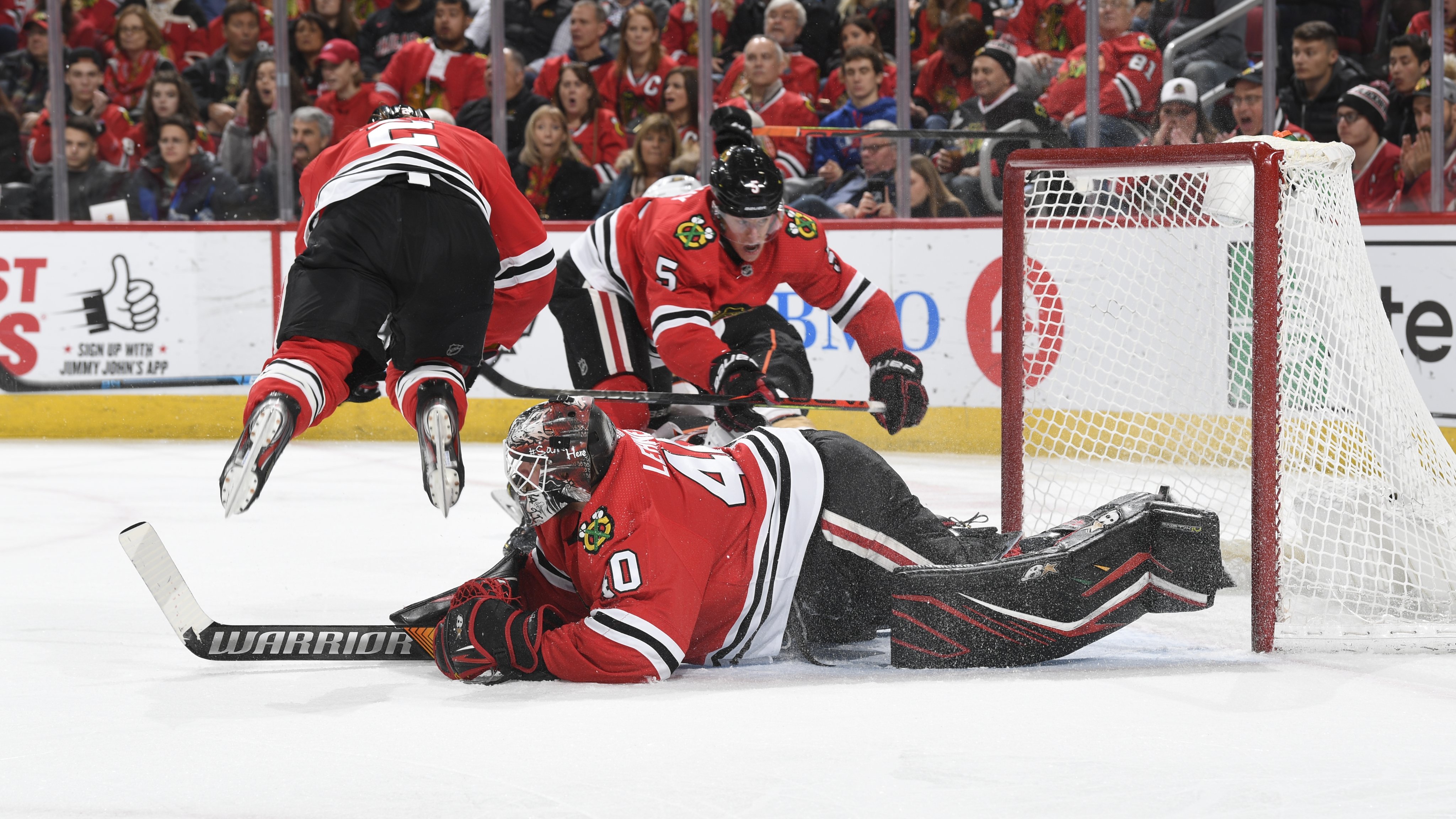 Wednesday night’s loss to the New York Rangers was the final nail in the coffin for the 2019-20 Blackhawks season. They didn’t show up and got their butts kicked by a team that is also headed for the lottery.

To make matters worse, the Hawks front office continues to sit back and watch as teams around the league make their deals. Five defensemen have now been traded – none of them named Erik Gustafsson (or Olli Maatta or Connor Murphy). And Blackhawks fans should be worried about the news that broke during the third period of Wednesday night’s game that the Rangers had acquired a fourth goaltender.

If Stan Bowman waits too long, the market for his players will dry up.

And he shouldn’t have needed any more confirmation after the team tanked the road trip that it’s time to sell.

So who should the Blackhawks look to move at the deadline?

This is obvious. He checks two boxes many teams will look for: a good goaltender in a walk-year. The concerns now are that he’s looked very average in his last few starts. That undoubtedly has a lot to do with the quality of defensive play in front of him and the fact that, behind the scenes, he’s been trying to figure out if his future is in Chicago or elsewhere. At this point, if the Blackhawks haven’t been able to sign him it’s time to move him. Do right by the player and let him chase a postseason berth/championship somewhere else and get the best return possible for him.

Yes, he has significant issues on the defensive end of the ice. And it’s hard to sell a defenseman who… doesn’t play defense well. But Gustafsson was a 60-point player last year and, like Lehner, is in a walk-year. He’s a cheap rental ($1.2M) with offensive upside. The fact that the Blackhawks have waited this long to trade him has likely diminished his trade value and limited the remaining market for a player of his skillset, but Gustafsson should be gone by the deadline.

Hear me out. Kampf, 25, is intriguing for teams for three reasons: he’s young, he’s good at the dot (51.8 percent) and he has one more year left on an affordable deal ($1M AAV). Teams looking for a quality fourth line center and help on the penalty kill should be excited at the prospect of getting a player like Kampf. At this point, Kampf isn’t going to help the Blackhawks; they still have Ryan Carpenter for next year and don’t need to continue running two fourth-line centers out there. Moving a center would give Jeremy Colliton the opportunity to commit to Kirby Dach as a center and move Dylan Strome back to the dot as well.

Koekkoek has looked better of late and, at 26, appears to have successfully proven that he can play in the NHL, But he’s a restricted free agent at the end of the year and the Blackhawks need to start clearing out the dead weight on the blue line for the next wave of the youth movement. At a $925k cap hit, Koekkoek is an affordable bottom pair option who could help a team down the stretch; the fact that he’s an RFA at the end of the year gives a team that would acquire him the prospect of keeping him at a reasonable amount beyond this season. This is a great opportunity for the Hawks to get a conditional pick back that improves if/when he re-signs with the acquiring team.

The 24-year-old former college phenom continues to waste time in the AHL while the Blackhawks search for depth scoring at the NHL level. He has 31 points (13 goals, 18 assists) in 36 games with the IceHogs this season but clearly the organization doesn’t see him as an NHL player. So move him. The kid deserves an opportunity to get an extended look at the NHL level and Chicago isn’t doing anything with him. Sikura has one more year left on his deal that has a $750k cap hit. If a team is looking for a forward option with limited financial risk but wants to get a player with term left on the deal, Sikura should have suitors. He could also be an option to package with Gustafsson or Lehner to get more value back.

Cagguila has been a really nice player for the Blackhawks – especially since Andrew Shaw was lost to a concussion for most of the season. His trade value will benefit from him having skated with Jonathan Toews as much as he has, but Cagguila is a player who could have value in a bottom-six role for a playoff team. So why trade him? He’s an RFA this summer and, at a $1.5M cap hit, would be an affordable option for a team that needed some grit. He isn’t going to help the Blackhawks long-term so move move him. Like Koekkoek, the possibility to hang onto him as a RFA gives an acquiring team some potential to get more than a few weeks from him; it also opens the door for the Blackhawks to get better return for him.

55 thoughts on “It’s Over: Who Should the Blackhawks To Sell?”