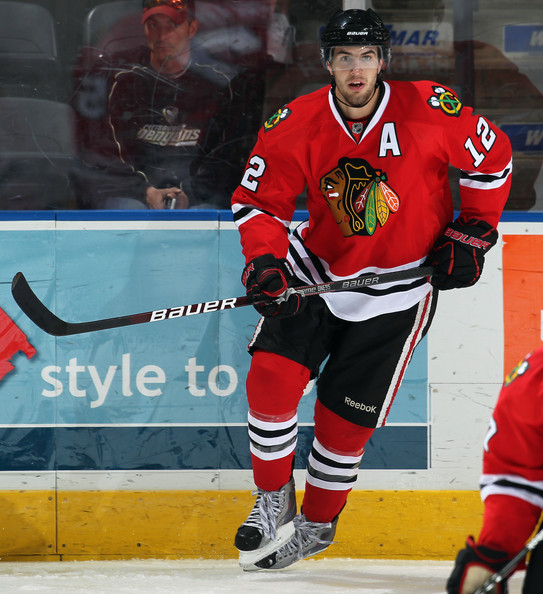 If the skaters on the ice on Thursday are any indication of what fans can expect to see when the puck drops on Friday night, the Hawks will be without Marian Hossa, Patrick Kane and Viktor Stalberg when the Western Conference-leading Detroit Red Wings come to town.

Add to that firepower being out the reality that the Hawks have been flat for a couple weeks and, especially in their last two games against Colorado, have lacked any spark at all, and the Blackhawks are in serious need of an emotional boost.

Ladies and gentlemen, it’s time for the Kyle Beach Experiment to hit the United Center.

Beach, who the Blackhawks selected 11thoverall in the 2009 Draft, is still only 20 years old and has been described as a combustible mix of Patrick Sharp’s shooting ability withSean Avery’s mindset. In 26 games this year in Rockford, Beach has five goals, six assists and 68 penalty minutes. These numbers are fairly consistent withwhat we’ve seen from Beach throughout his career in juniors, too. In 2009-10 with Spokane of the WHL, Beach scored 52 goals and added 34 assists in only 68 games… and threw in 186 penalty minutes.

Is Beach ready for the NHL? Probably not… we’ll say at best he’s a “maybe.” But the injuries have reached a critical level with this team, the emotion is nowhere, and Beach is the powderkeg that could bring an explosive personality, and shot, to the lineup.

In no way should Beach get the call instead of Jeremy Morin, who took the Salary Cap Shuttle back to Rockford on Thursday morning. But potentially losing Stalberg opens a spot for Beach to make his debut.

Here’s one of his fights from the Hawks’ prospect camp this summer: