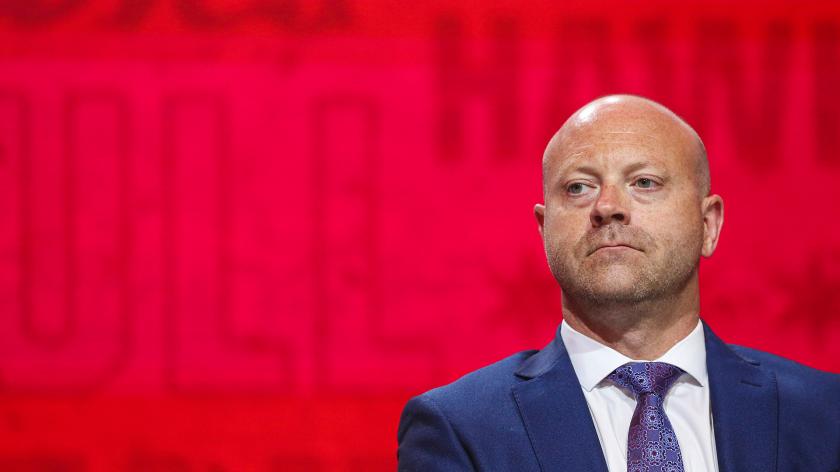 On Tuesday, the Chicago Blackhawks released a letter to fans. In it, the club acknowledged that the time for a rebuild is upon us and asked for patience from fans as young players get experience.

In the wake of the letter, Blackhawks general manager Stan Bowman did a media tour that included podcasts with The Athletic and NBC Sports Chicago. He said the team lacks the organizational depth to compete at the highest level in the NHL and needs time to build the club back into a winner.

Let’s talk about that for a moment.

It’s worth noting, again, that Bowman was named the named the ninth general manager in Blackhawks history on July 14, 2009. You can view his complete record as GM here.

First, let’s look at how the 2021 Blackhawks roster was built. How were the players who are expected to be on the NHL roster for the coming season acquired?

This is a bloated list because the Blackhawks currently have a bloated roster: 16 forwards, 7 defensemen and 3 goaltenders.

We included Suter and Chalupa because they were signed with the idea they would be in the NHL this season. We listed Smith and Shaw as LTIR because there isn’t a clear roster spot for either at the moment and that’s where they finished last season. And we listed Strome as TBD because he still doesn’t have a contract… and there isn’t a spot for him, either.

So where did the current roster come from?

Of the 26 players we listed on the projected NHL roster, four (4) were drafted by Bowman. While Shaw was originally drafted by Bowman, he is currently on the roster because he was acquired by trade.

The rest of the roster is made up by the following acquisitions:

As many players on the current roster were acquired via trade as were originally drafted by the Blackhawks, of which half were selected by GMs prior to Bowman taking over.

If we look at CapFriendly‘s organizational depth (players under contract), you’ll see another interesting mix of player acquisition.

Forward*
Drafted by Bowman: 6
Acquired via trade: 4
Signed as free agent: 3
* – note: we are not including Suter and Chalupa in this figure because they are in the NHL roster set above.

Defensemen*
Drafted by Bowman: 3
Acquired via trade/waivers: 3**
Signed as free agent: 1
* – note: we are not including Mitchell in this group because he is in the NHL set above.
** – note: we are including Nick Seeler (waivers) in this set, not the NHL roster where CapFriendly has him.

Goaltenders*
Drafted by Bowman: 1 – Matt Tomkins (2012)
* – note: we are not including Lankinen in this group because he is in the NHL set above.

Out of the 21 total contracts listed here for the AHL roster, less than half (10) were drafted by Bowman. Six were acquired via trade and the other four signed as free agents.

Of the 46* players under contract with the Blackhawks organization, 14 (again, not including Shaw) were drafted by Bowman; we listed 47 players but Strome is still unsigned.

In other words, the general manager who has been in his job for more than 11 years is responsible for drafting 30 percent of the players on the complete roster.

Between 2010 and 2015, the first six drafts owned by Bowman as the general manager, Chicago made 53 selections. Two (2) are with the Blackhawks organization: Shaw (who was brought back by trade) and Tomkins, who was drafted in 2012 and has yet to see NHL action.

Let’s play it forward three more years. Between 2016-18, Chicago owned 26 draft picks. Only six (6) have appeared in an NHL game for the Blackhawks. Two of those six – Blake Hillman and Henri Jokiharju – are no longer in the organization. Another two of those six, Nicolas Beaudin and Lucas Carlsson, have appeared in seven regular season NHL games combined.

Between the 2014 and 2019 NHL drafts, only three players selected by the Blackhawks have appeared in more than 100 regular season NHL games. Two of those three – Nick Schmaltz and Jokiharju – are no longer with the organization.

Four with NHL experience still in the organization (not including Shaw). And two of those four have seven combined regular season games on their resumes.

Why does the organization lack the depth to compete?

The answer is simple: the Chicago Blackhawks haven’t drafted and developed talent to supplement the NHL roster.

The math is painfully simple. Six percent of the players selected by Stan Bowman in his first nine draft classes have been with the organization

Players have eventually come up and played a role. But the impact of those players is all now in the past. When considering the current roster, Chicago has almost nothing on the NHL roster from nine draft classes.

So whose fault is it that the Blackhawks are now desperately begging for patience because they lack organizational depth?