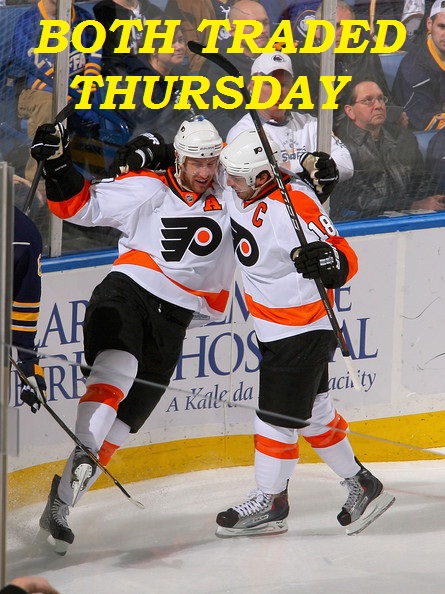 As the trade winds approach tornado-level intensity around the NHL, the first blockbuster of the season hit on Thursday morning: the Philadelphia Flyers have traded Jeff Carter to the Columbus Blue Jackets.

The move reportedly sends Jakub Voracek and two picks in this weekend’s draft – the 8th overall and the Jackets’ third round pick – in exchange for Carter. The Flyers dealt for goalie Ilya Bryzgalov, and needed some financial flexibility to meet his demands as a free agent.

This is a bold move by the Jackets, who are moving a great deal of value for a center who’s under contract for another decade. It