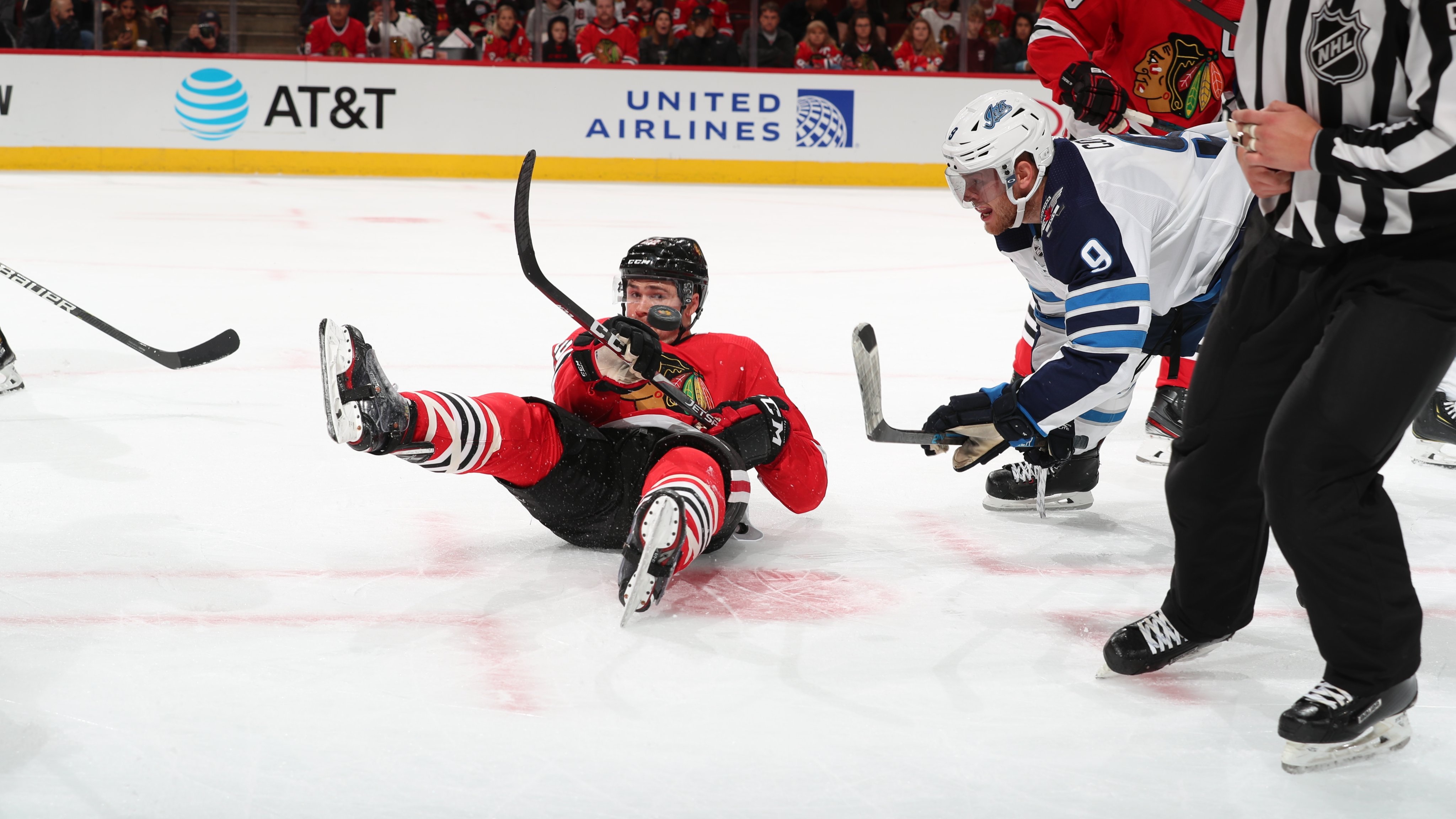 The broken record continues to play in Chicago.

Calvin de Haan and Robin Lehner made their Blackhawks debuts on Saturday night and Brendan Perlini saw his first action of the 2019-20 season. The brightest moment of the day may have been Kirby Dach being activated and sent to Rockford on a conditioning trip. Dach made his professional debut for the IceHogs.

In Chicago, the Blackhawks had another good first period. Their special teams were ideal: a power play goal and a short-handed goal.

Brandon Saad scored the short-handed marker and Brent Seabrook scored the power play goal. Chicago held a 13-10 shot advantage after one period and was up 2-0.

But there are three periods in NHL games, and the Blackhawks continue to struggle with the final 40 minutes.

Winnipeg out-shot the Hawks 11-6 in the second. Nikolaj Ehlers scored a power play goal to cut the lead in half.

Andrew Copp then tied the game at 11:44 into the third period. Chicago took the final three penalties of the night and two of them saw Duncan Keith and Saad, important penalty killers, in the box. The Jets out-shot the Hawks 11-10 in the third period.

Mark Scheifele then ended the game 47 seconds into overtime.

The Jets out-shot the Hawks 33-29 in the game. The Blackhawks also blocked 15 shots and were credited with 18 giveaways. The play was sloppy for most of the final 40 minutes and the Jets took advantage.

de Haan isn’t going to fix the issues by himself. Goaltending isn’t the issue; both Lehner and Crawford have been under attack in every game the Hawks have played this year. And staying out of the penalty box is an ongoing issue.

Chicago did pick up its first point in the standings for the new year, but the record stands at 0-2-1 and two of the losses have come against opponents that entered the game struggling.

88 thoughts on “Jets Come Back, Top Winless Blackhawks In OT”