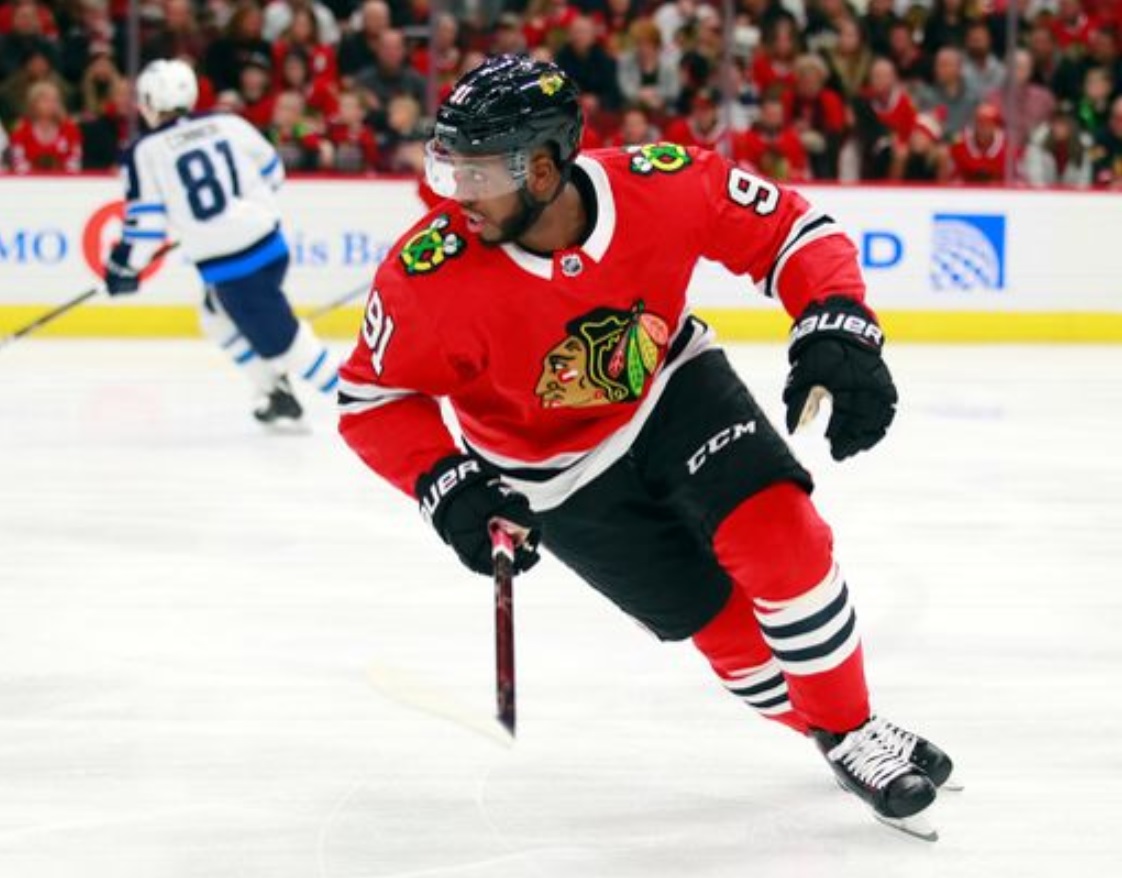 After losing a tough divisional game their last time out, the Blackhawks looked to get back on track against the Winnipeg Jets at home on a cold Friday night.

In the first period, only one time did a puck look like it had a chance of going in for either team. While skating with a delayed penalty, a Blackhawks passed missed everyone and slowly made its way down the ice toward the net that had been vacated by Jeff Glass because of the penalty. Gustav Forsling turned on the jets and was able to get to the puck about six inches before the Jets took a 1-0 lead by accident.

Winnipeg had a 7-6 shot advantage after 20 minutes; both goaltenders played well and didn’t leave many rebounds.

At 4:51 into the second period, David Kampf celebrated his 23rd birthday by scoring his first career NHL goal.

The redirect of the Connor Murphy shot got Chicago on the board and woke up the United Center.

In his Blackhawks debut, Anthony Duclair made an impact in the second period. He dropped a puck for Jan Rutta 12 minutes after the Kampf goal and Ruuta put a shot on net from an awful angle that somehow beat Connor Hellebuyck.

Kampf, who was Rutta’s teammate last year with Chomutov Pirati in the Czech Republic, picked up the second assist on the goal, making his birthday also his first career multi-point game.

Glass held up his end of the bargain with a few big saves and Chicago took a 2-0 lead to the second intermission. The Hawks out-shot the Jets 12-11 in the second period.

The Blackhawks went to a big penalty kill with seven minutes left in regulation when Jonathan Toews went to the box. Patrik Laine hit a post and Glass made a terrific save during the PK and the Hawks did a terrific job of taking care of a third Jets power play in the game. And Glass stayed perfect on the night.

A couple minutes later, and from almost the same spot on the ice, Laine unloaded and this time cleanly beat Glass to get Winnipeg on the board with 3:41 left in regulation.

Hellebuyck was pulled for the extra attacker with 1:41 on the clock. Glass made an incredible save 30 seconds into the action off another missile from Laine.

After the rebound was picked up by Patrick Kane he tried to hit the empty net but missed wide and iced the puck; he was only a couple strides short of center ice when he shot the puck. After Lance Bouma blocked a shot out of play, Winnipeg used their timeout to get their skaters a break inside of 55 seconds.

Chicago’s defense cranked it up in the final minutes and Glass made a couple more huge saves and the Blackhawks held on to win 2-1 in regulation.

Glass was named the game’s number one star, and he deserved it. The 32-year-old rookie faced 32 shots and stopped 31 of them to earn a big divisional win for the Blackhawks.

Toews filled the box score against his home town team. He won half of his 24 faceoffs and led the Hawks in takeaways (two), hits (two) and shots on net (four). He also blocked one shot in 19:49.

Duclair skated 11:57 in his Blackhawks debut. He was credited with one hit, one takeaway and one shot on goal while finishing plus-two with an assist. He also saw action with the Hawks’ top power play unit, spending 2:16 on the advantage. His speed was evident on every shift. If he can consistently stay engaged, he could do some good things in Chicago.

Kampf was the only Hawks skater with two points in the game. He won six of 11 faceoffs and put two shots on net for a solid birthday effort. A fun fact: Kampf is the first player in Blackhawks history to score his first career NHL goal on his birthday.