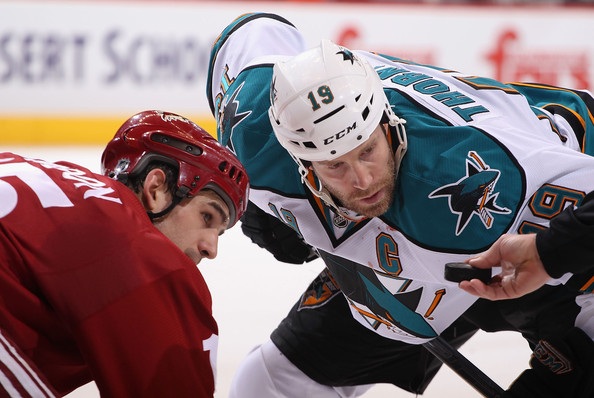 Joe Thornton has been stripped of the “C” in San Jose.

San Jose Sharks coach Todd McLellan confirmed to local media this afternoon that the team not have a captain or assistant captains when their training camp begins in a few weeks.

According to reports, McLellan will hold an “open competition” for the leadership positions during training camp. Thornton is still a candidate to regain the captaincy of the Sharks, and Patrick Marleau, who wore an “A” last year in San Jose, could regain his title as well.

Thornton, 35, was the Number One overall pick in the 1997 NHL Draft by the Boston Bruins, and was traded to San Jose in a four-player deal in 2005. He ranks second in Sharks history behind Marleau in games played (675) and points (740), and his 567 assists are the most by any player in the history of the San Jose franchise.