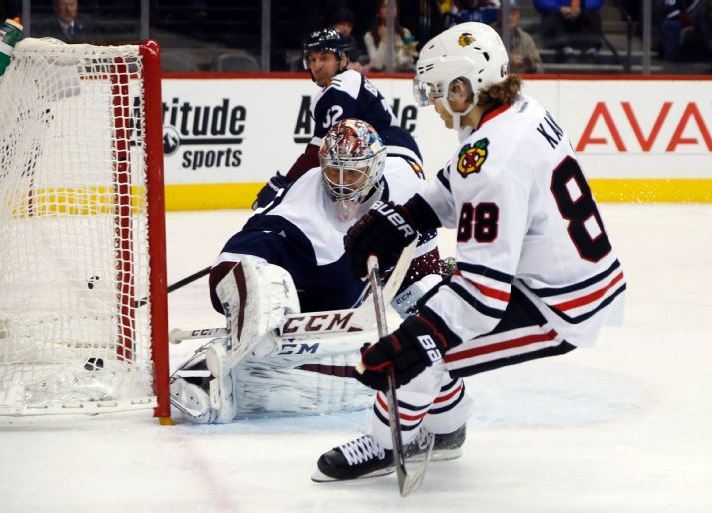 It wasn’t pretty, but Jonathan Toews once again rescued the Hawks and earned Chicago an overtime victory to close out an impressive calendar year.

Carl Soderberg scored a power play goal 4:04 into the game to give Colorado a 1-0 lead, but Scott Darling was on point while waiting for the rest of the team to get up to speed. Darling kept the Blackhawks in the game through an ugly first period and the offense woke up in time for Chicago.

Appropriately, on the final day of 2015, number 15 for the Blackhawks made some personal history. With 88 seconds left in the period, Patrick Kane found Artem Anisimov and the Hawks’ center scored the 100th regular season goal of his NHL career.

The goal gave the Hawks a whiff of momentum heading to the dressing room after 20 minutes in which they out-shot Colorado 11-9 but were outplayed for the majority of the period.

As was the case in Arizona, the second period started with a completely different Blackhawks team on the ice. And it was all about Andrew Desjardins.

After scoring twice in the Hawks 7-5 win in Arizona, certainly Colorado would have him circled heading into a New Year’s Eve battle… right?

They didn’t. And he scored. Again.

Desjardins’ third goal in two games came off a tremendous pass by Teuvo Teravainen and gave the Blackhawks a 2-1 lead just 2:07 into the second period. Phillip Danault picked up his third assist of the season on the play and continues to take advantage of his opportunity. With Marcus Kruger out and Danault finally healthy, he’s looked strong since joining the NHL club.

Only 2:13 later with Blake Comeau in the box, Kane received a beautiful pass from Artemi Panarin and scored a power play goal to extend the lead to 3-1.

The Hawks dominated the second period even more than the Avs did the first. Chicago out-shot Colorado 17-5 but the middle stanza came to a close with the Hawks leading only 3-2 as a Cody McLeod goal at 11:32 cut the lead to one.

Unfortunately, that one goal lead only lasted 15:05. The Blackhawks squandered two power play opportunities and Erik Johnson made them pay, tying the game with his seventh of the season.

Regulation ended with the game tied, but the Hawks wouldn’t throw away a power play late in overtime. Jonathan Toews ended the game with his fourth overtime game-winning goal and 13th of the season.

Rookie defenseman Erik Gustafsson had another strong night, leading Chicago with three hits in 19:12. He had one big blocked shot late in the game, and made a strong play coming back to break up a potential scoring chance in overtime.

Kane finished with three points (one goal, two assists) for the second time in as many games and Panarin was credited with two assists.

Darling finished the night with 27 saves in the win, while Semyon Varlamov suffered his first loss against the Blackhawks in a 39-save effort. Duncan Keith led the Hawks in blocked shots (four) and ice time (28:26).