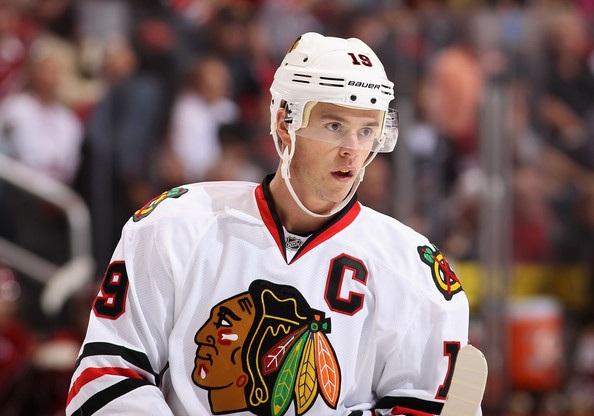 Chicago Blackhawks captain Jonathan Toews has been named the finalists for the 2013 Frank J. Selke Trophy. Patrice Bergeron of the Boston Bruins and Pavel Datsyuk of the Detroit Red Wings are the other two finalists for the Selke, which is given annually “to the forward who best excels in the defensive aspects of the game.”

Toews was a runner-up to Ryan Kesler of the Vancouver Canucks in 2011, and he is the only one of this year’s three finalists to score at least 20 goals and maintain at least a plus-20 rating (23 goals, plus-28).

If Toews wins, he would become only the third Blackhawks forward to win the Selke, joining Dirk Graham (1991) and current radio color analyst Troy Murray (1986).

We made the case for Toews to win the Selke Trophy in April.