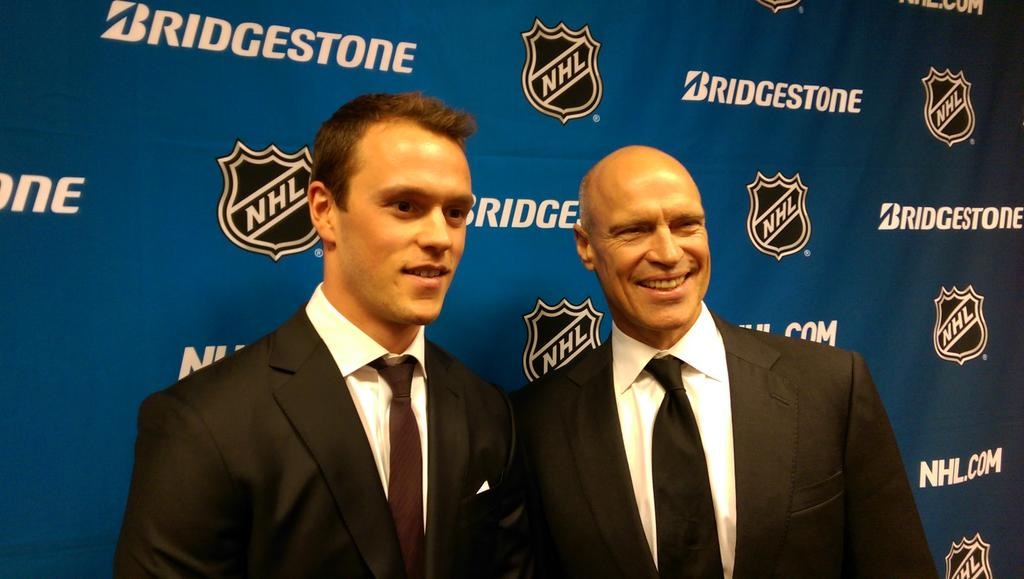 Jonathan Toews was named the winner of the 2015 Mark Messier NHL Leadership Award presented by Bridgestone, beating out Andrew Ladd and Ryan Getzlaf.

From the league release:

“[Toews] also built upon his work in the community, where he actively participates in various team endeavors, including Make-A-Wish visits and the Four Feathers Golf Invitational. Independently, Toews served as the honorary chairperson for the Israel Idonije Fundraiser, which helps underserved communities by providing programs focused on social and emotional life skills; supported The Winnipeg Foundation in creating its Nourishing Potential campaign; and continued his role with Misericordia, a Chicago group that offers care for those with mild to profound developmental disabilities.”