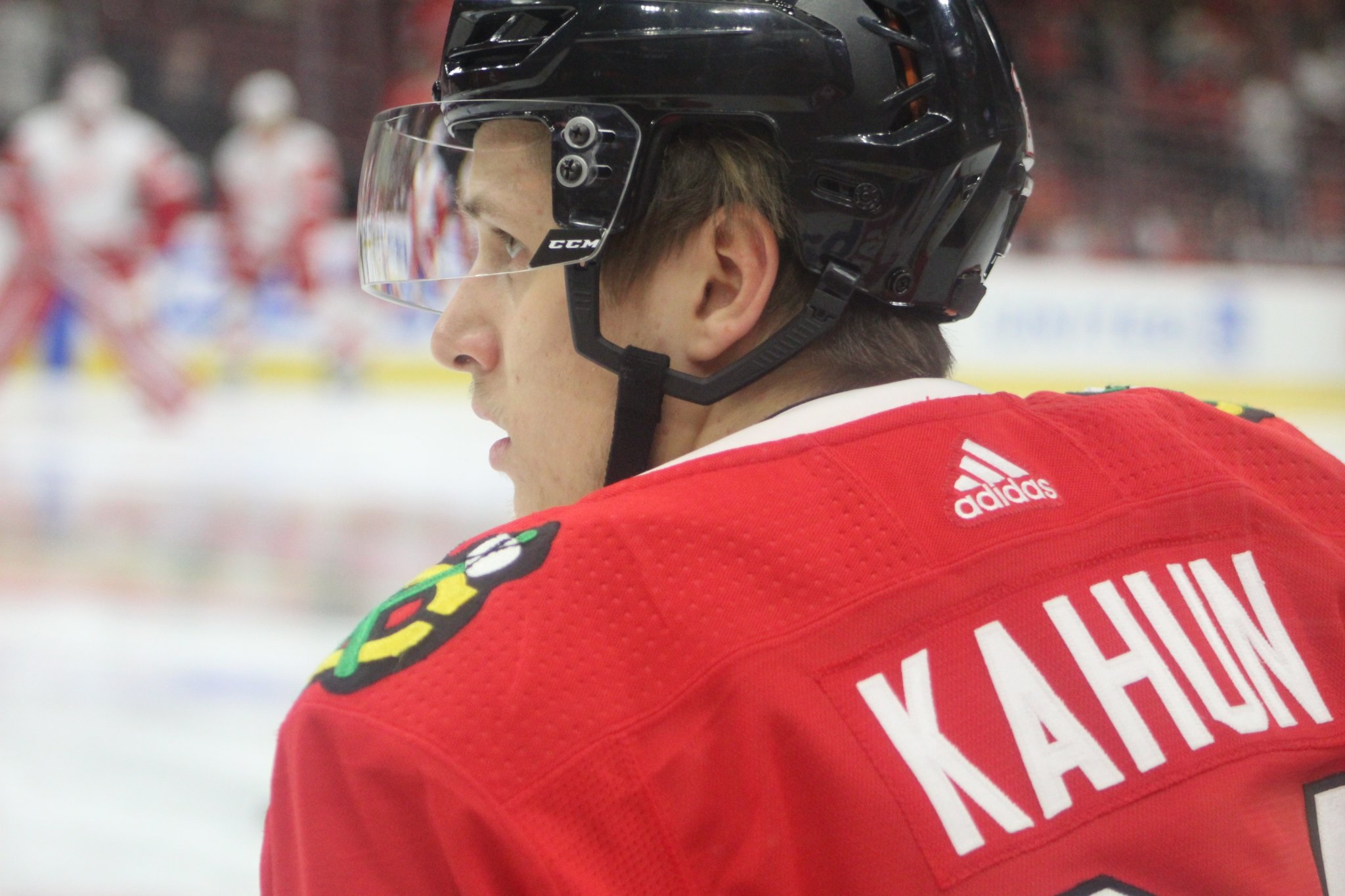 You’ve gotta love a mid-February matinee between the Blackhawks and Red Wings at the United Center.

With Cam Ward in net, Chicago came out of the gates firing. The most noticeable line in the first period was the Blackhawks’ second line of Alex DeBrincat, Dylan Strome and Dominik Kahun. It took 11 minutes, but that line got the Hawks on the board first.

Seven minutes later they struck again. This time Strome was the scorer.

With an assist and goal in the first period, Strome now has six multi-point games in his last nine contests.

Detroit finished the period with a flurry of offensive opportunities but Ward was on his game. The shots were 18-16 favoring Chicago after 20 minutes and the Blackhawks held onto a 2-0 lead.

The only goal scored in the second period came from Christoffer Ehn of the Red Wings. Detroit out-shot the Hawks 15-11 in the second and cut the lead in half.

Detroit continued to build momentum early in the third period and had some good chances, but Ward continued to hold on strong. At 7:45 into the third, Kahun scored his second of the game to push the lead to three.

With assists from Strome and DeBrincat on Kahun’s third goal, all three skaters on that line had a three-point afternoon.

And it’s good that Kahun added that third goal because Detroit continued to out-chance the Blackhawks for most of the third period. At 15:30 into the third Gustav Nyquist cut the lead to one again.

But the Patrick Kane hadn’t factored into the scoring yet. And neither had Jonathan Toews.

Kane extended his point streak to 14 games just 57 seconds after the Nyquist goal to push the lead back to two.

Toews picked up the assist on Kane’s goal that came after another couple big stops by Ward.

Soon after the puck was dropped again Detroit called goaltender Jonathan Bernier to the bench for the extra attacker. With the empty net Kane patiently waited for Toews to get to the red line before delivering the puck to the captain, who rifled home his 25th of the season to close the books for the day.

Ward had a huge afternoon, stopping 43 of 45 in the game. If a team could ever say they had a “goalie win” after scoring five times it was the Blackhawks on Sunday.

The Hawks’ second line finished with nine points – three each – to lead the offense. Strome was also credited with four takeaways and won half of his 12 faceoffs in a great game for his line.

With 27 points, Kahun has moved into a tie for fifth in rookie scoring with Montreal's Jesperi Kotkaniemi, the third-overall pick in the 2018 draft. #Blackhawks

Kane and Toews led Chicago with five shots on goal each, and both had a two-point afternoon. Toews also won 17 of 26 faceoffs. Drake Cagguila had another strong, physical game. He was credited with four hits in more than 19 minutes of ice time.

Brandon Saad didn’t factor in the scoring but he had a very good afternoon. He was fast and physical in the first period, finishing with three shots on net and three hits.