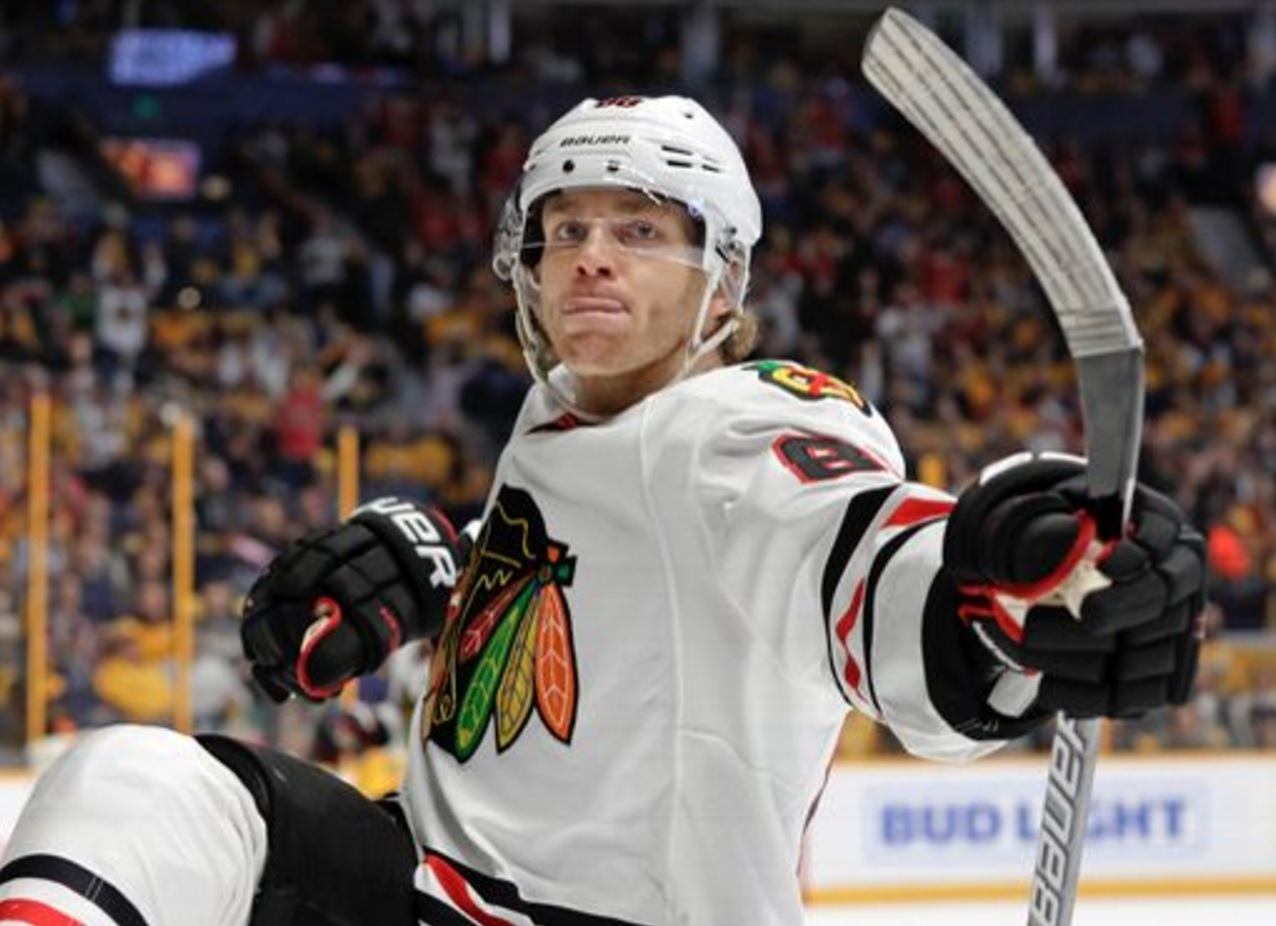 Another night in the Central Division, another tough road battle for the Blackhawks.

Chicago got Artem Anisimov back in the lineup, but Nick Schmaltz was still out of commission. Dennis Rasmussen sat to make room for Anisimov, and the Hawks rolled the same six defensemen as Friday night with Niklas Hjalmarsson and Johnny Oduya not available.

Nashville came out flying against a Chicago team that won in a shootout on Friday night at home. After cruising to an 11-1 shot advantage early that – thanks to Corey Crawford – produced no goals, Chicago turned the tables and got on the board with a power play goal from Patrick Kane.

Kane’s 28th of the season held up as the only score in a first period that saw Nashville out-shoot the Hawks 17-11.

The shooting kept coming from both sides in the second period, and both sides were able to find the back of the net.

At 11:03 into the second, Jordin Tootoo finally scored his first of the season.

Duncan Keith picked up his 40th assist of the year and Brent Seabrook his 30th on the Tootoo goal, giving Seabrook 400 career points.

No lead can ever be comfortable, though, and Nashville came right back. Viktor Arvidsson scored his 22nd of the year to cut the lead to 2-1 only 1:17 after the Tootoo goal.

Vernon Fiddler went to the box late in the second and the Hawks took advantage once again. This time, Jonathan Toews was the scorer.

The Hawks ugly trend of quick turnaround goals showed up once again, though. Calle Jarnkrok scored 14 seconds after the Toews’ goal to close the second period with the Hawks holding a 3-2 lead. Chicago out-shot Nashville 11-8 in the second.

Nashville came out on the attach to open the third and Arvidsson once again did damage. His 23rd of the season and second of the night at 4:13 tied the game.

Both sides had good chances as the third period continued, but neither team found the back of the net until Toews made a play and Brian Campbell gave Chicago the lead again with 65 seconds left in regulation.

Toews was out with Richard Panik and Tomas Jurco when he picked up the assist. Campbell’s goal would stand up as the game-winner. But the Hawks weren’t done.

With an empty net and after Nashville’s timeout, coach Joel Quenneville sent out Kane, Anisimov and Artemi Panarin. Panarin picked up a loose puck and found Kane for his second of the night to extend the lead to 5-3.

Chicago relied heavily on Toews at the dot once again, as the Hawks’ captain won 14 of 27 faceoffs in the victory with a goal and an assist. Panik had two assists, joining Seabrook (two assists) and Kane (two goals) with a multi-point night.

Kane led the Hawks with six shots on net and Panik had a team-high four hits in the game. Seabrook blocked five shots.

Crawford allowed three goals but had a good night overall, stopping 32 of 35.