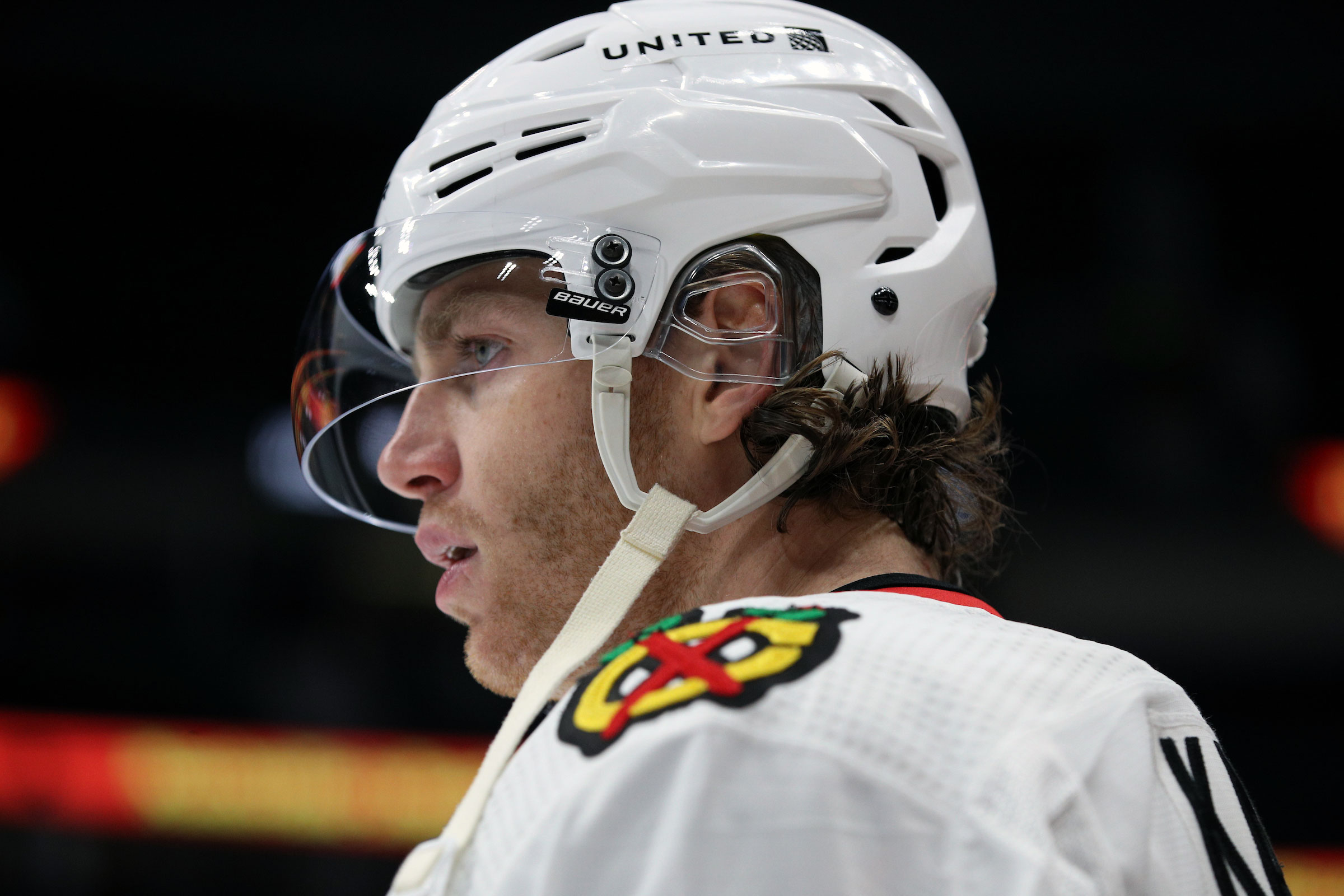 After a wild, back-and-forth game that ended in a shootout and the Blackhawks winning 6-5, of course the Hawks and Blue Jackets would come back and play a tight, low-scoring affair.

After Kevin Lankinen played through the craziness on Tuesday, Malcolm Subban got the start and was perfect. He stopped 16 shots in the third period alone and 27 overall to record the shutout.

Offensively, the Hawks had little going through 40 minutes of hockey. The Blackhawks were credited with only three shots on net in the first period but countered with 12 in the second. But none of them went it, so the game was stuck at zeroes through two periods.

However, 8:45 into the third period Patrick Kane changed the score.

The goal is the 399th career regular season goal for Kane. It was also his first game-winning goal of the season.

In six games this season against Columbus, Kane now has four goals and nine assists for 13 points. He’s also plus-seven against the Jackets this year.

Carl Soderberg stayed hot, scoring for the third straight game. His goal came into an empty net with 50 seconds left in regulation to provide a little cushion. But Kane’s was enough.

Connor Murphy skated 23:43 and led the Blackhawks with four shots on net. Calvin de Haan and Mattias Janmark picked up the only assists in the game.

One ongoing concern, however, is the faceoff circle. Chicago won only 33 percent of the draws in this one but got away with it. Pius Suter won one of six, Philipp Kurashev won two of nine and David Kampf won just two of eight in the game.

Brandon Hagel was credited with two blocked shots and they both came on a huge penalty kill early in the third period. His effort continues to stand out.