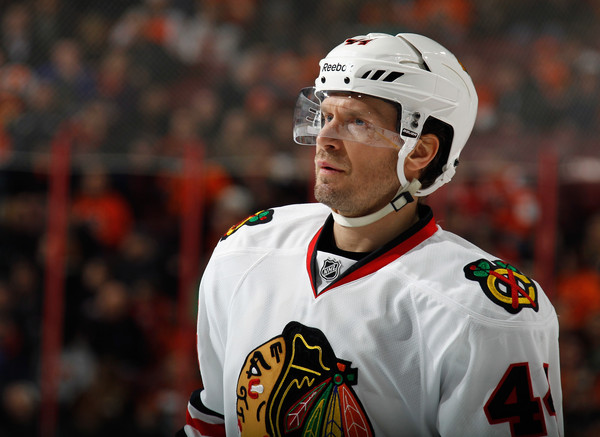 With Johnny Oduya a question mark – he missed practice on Wednesday and was banged up in Game Three – it appears veteran Kimmo Timonen will draw into the lineup for the Blackhawks for Game Four. Timonen will reportedly replace Kyle Cumiskey; rookie Trevor van Riemsdyk will stay in the lineup.

It also appears Kris Versteeg could return to the lineup in place of Bryan Bickell. Coach Joel Quenneville made that swap in practice lines Wednesday morning.