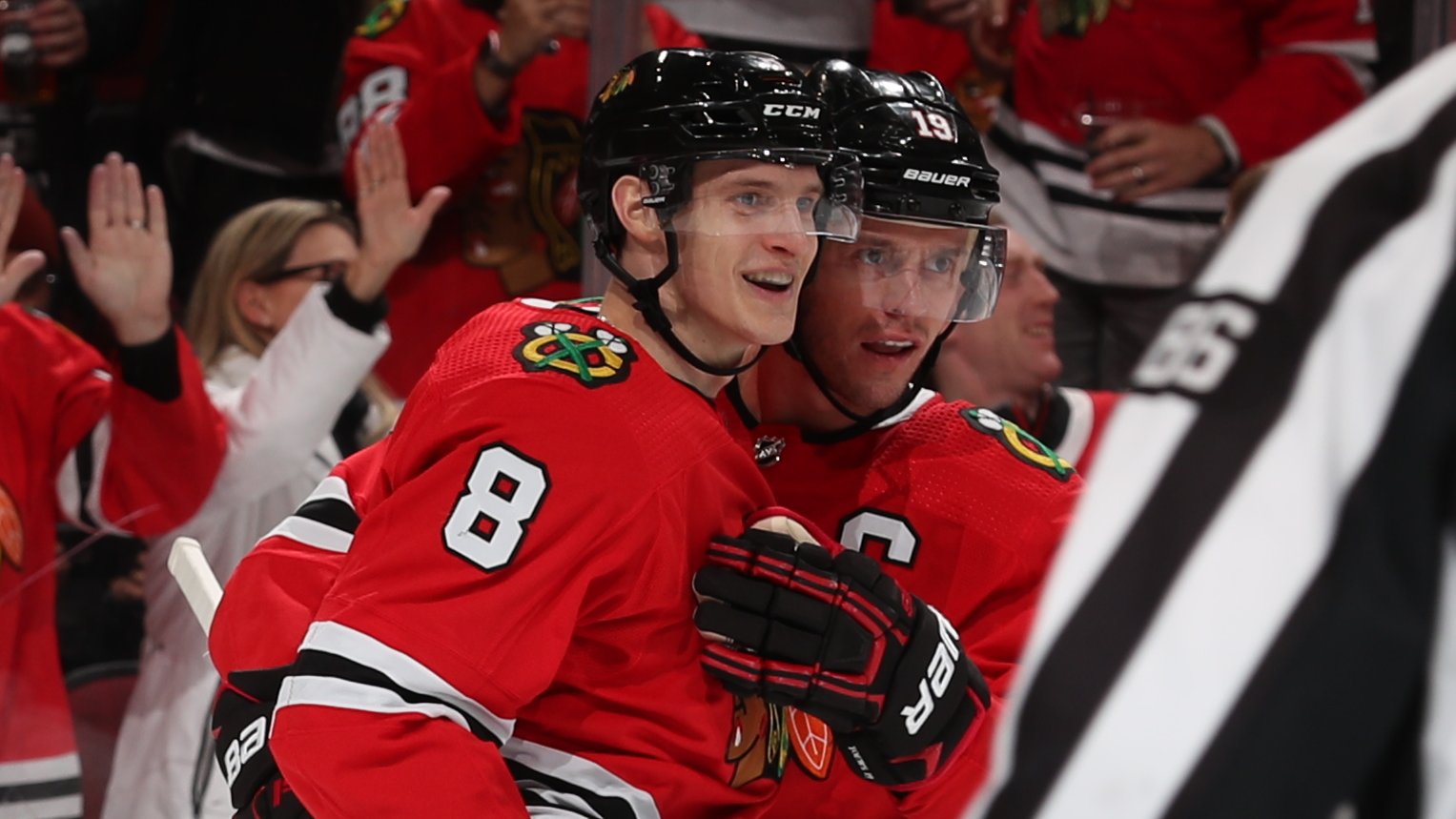 After getting pasted by Nashville in the first period, the Blackhawks held two optional – and lightly attended – practices. Hoping for a better start against the Ducks at the United Center on Saturday night, the Hawks got Robin Lehner back between the pipes.

So when Max Jones scored 3:37 into the first period, it felt all-too familiar.

However, the Hawks pushed back hard the rest of the period. At 8:13 into the first Jonathan Toews tied the game.

Toews had missed a great look on the doorstep earlier but made sure this time he found the back of the net for his 11th of the season.

Anaheim out-shot the Hawks 10-8 in the first period but the game was tied.

Chicago attacked in the second period, let by Dominik Kubalik.

Once Jeremy Colliton stopped screwing around with Patrick Kane and put him on the ice with actual NHL-caliber skaters the offense started clicking. Three minutes into the second period Kane got on the ice with Alex DeBrincat and Kirby Dach. Those three created a good, sustained opportunity in the offensive zone that saw the Ducks block five shot attempts. Chicago was able to fully change the four skaters around Kane and, with Toews and Kubalik on the ice, the Blackhawks scored to take the lead.

Kane and Toews were credited with the assists on Kubalik’s 15th of the season. Kubalik has now scored in four consecutive games.

With his 16th goal of the season, Kubalik moved into a tie for the rookie lead in the NHL. Imagine if he’d been on the ice with bona fide top-six NHL forwards the entire season?

Chicago out-shot Anaheim 17-9 in the second period and took a two-goal lead to the dressing room for the second intermission.

Rickard Rakell warmed up to open the third period. He cut the lead to one at 2:29 and got a good look on his next two shifts; Robin Lehner was on point almost all night and was able to keep the Hawks on top.

At 3:59 into the third Olli Maatta asked for the puck and got it, unloading a missile from the point to give the Hawks another two-goal lead.

After the Maatta goal the two teams traded solid scoring chances but neither goaltender was giving anything up. John Gibson skated to the Ducks’ bench with 2:40 remaining in regulation and the lead still at two.

Kubalik missed the empty cage with 20 seconds left in regulation in an attempt for his first career hat trick but the score would hold. Lehner was terrific, making 35 saves in a strong 4-2 victory.

Adam Boqvist (17:18) played a solid game next to Duncan Keith. Yet Boqvist received the least amount of ice time in the game among Chicago’s defensemen; Slater Koekkoek was on the ice for 18:23. Boqvist put one shot on net, finished tied for the team lead with two blocked shots and was credited with one hit.

Kubalik skated 15:42 and was credited with three shots on net with his two goals.

Matthew Highmore skated only 12:29 but finished tied for the team lead with four shots on net and led the Blackhawks with four hits.