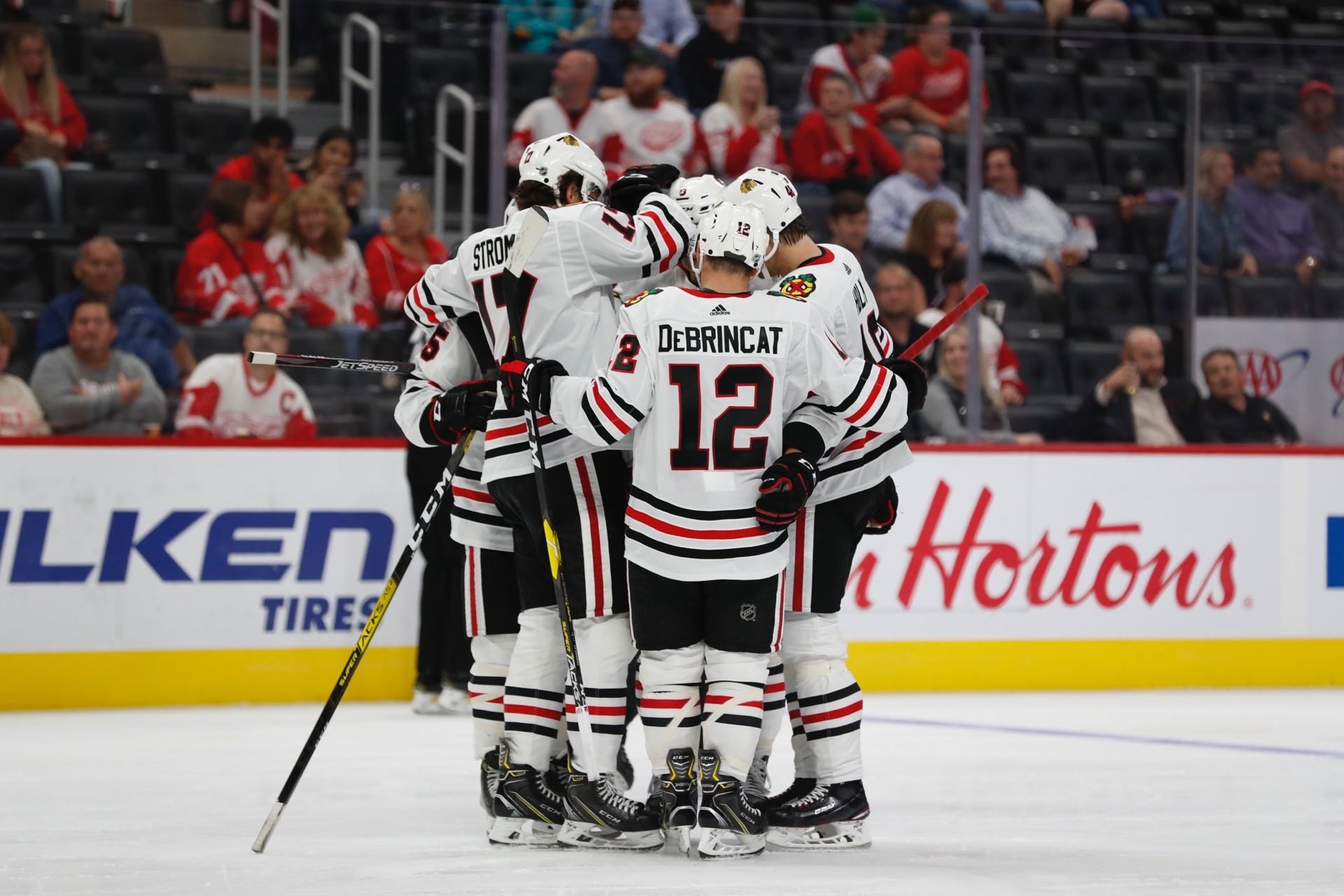 The Blackhawks lost for the second time in as many nights on Tuesday, but the focus was more on the new faces than the final score.

Hawks fans were intrigued this summer when Dominik Kubalik joined the organization. If there was interest before, there’s excitement after a two-goal performance in Detroit.

Kubalik skated 17:27 of which 4:12 was on the power play. He led all Chicago forwards with five shots on net.

Defenseman Philip Holm led all Blackhawks skaters with 21:58 of ice time and six shots on net. He scored the first goal of the night for the Hawks.

Robin Lehner stopped 14 of 16 in the first half of the game.