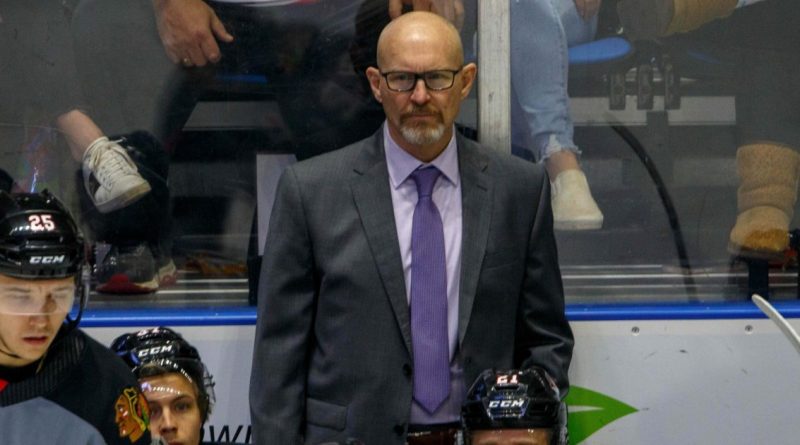 The Blackhawks interims met the media on Sunday morning.

Interim general manager Kyle Davidson introduced interim head coach Derek King. And there were some interesting pieces of information we learned during their comments.

Davidson noted that he has the full power of the general manager role, even though he’s technically the interim GM. That he felt confident enough in his position with the organization to approach the Wirtz family with the need to make a change behind the bench one week into his time in the role is impressive. As he discussed with the press, he saw a need to move on from Jeremy Colliton and made the move.

And most fans are glad he did.

How long will King be the interim head coach? Based on their comments on Sunday, it looks like King’s going to get the gig for the rest of the 2021-22 regular season.

Which makes sense. The Blackhawks are looking to replace Stan Bowman as the president of hockey operations and will need to make a more full-time decision on Davidson as the general manager at some point. Those two positions should be filled before the Hawks bring in a new head coach on, presumably, a multi-year deal.

It was also interesting that Davidson said he’s evaluating everything and everyone. He intends on adding at least one more coach to King’s staff (cough, Brian Campbell, cough) and it appears there will be some dialogue between Davidson and the coaching staff — including both King and Marc Crawford — to determine how the players who are on the payroll fit. And if a few of the players need to find a different payroll to be a part of soon.

We are watching a franchise in turmoil attempt to change lanes and get back to moving in the right direction on the fly. There are going to be growing pains along the way, but it certainly sounds like Davidson has been empowered to make an effort to improve the on-ice product. We’ll see how that takes shape in the coming days and weeks, but the speed with which he dumped Colliton shows he isn’t wasting much/any time.

Maybe the best thing Davidson said during his first press conference as the GM?