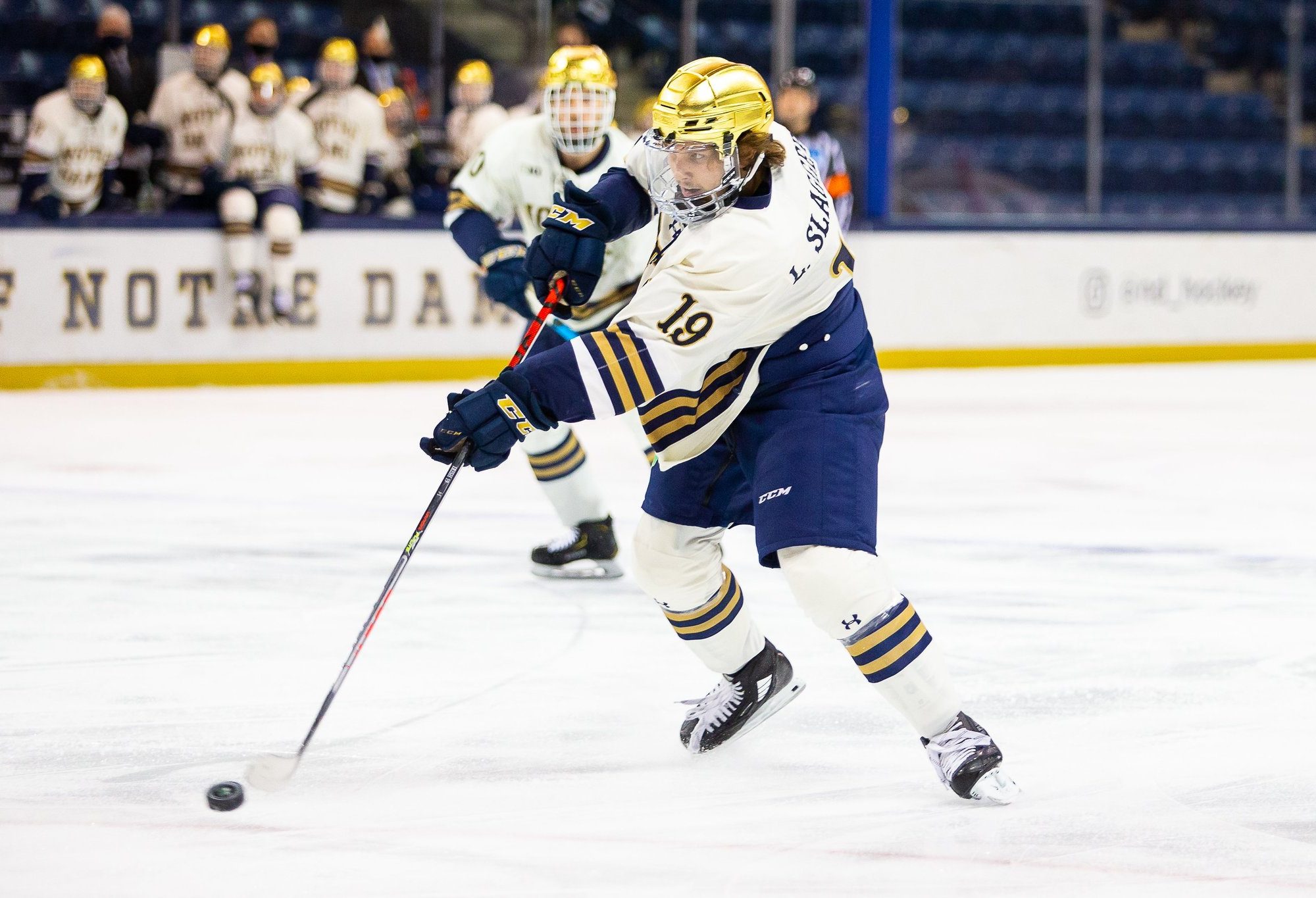 Slaggert, who will turn 19 on June 25, scored eight goals with 14 assists in 25 games for the Fighting Irish. His numbers include three power play goals and one game-winner.

The Blackhawks selected Slaggert in the third round (#79 overall) in the 2020 NHL Draft.