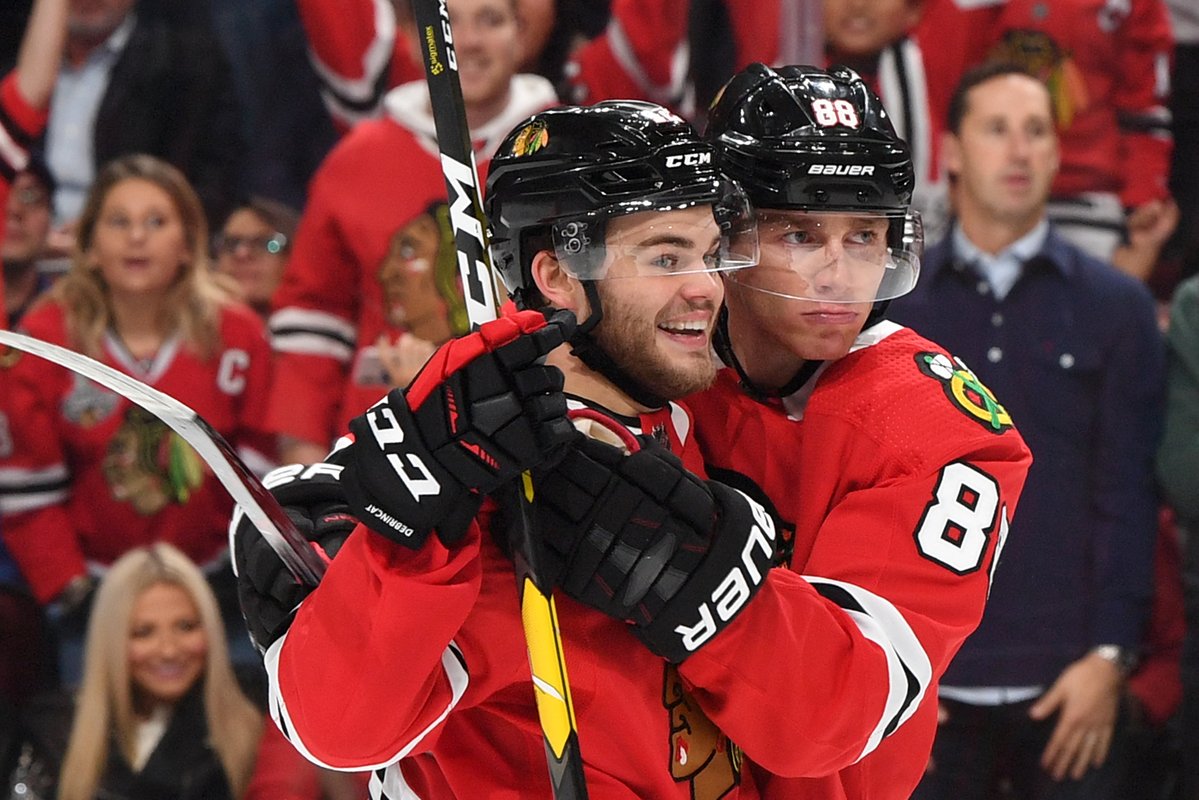 With recent news that the Blackhawks have added a couple new forwards from Europe and with the 2019 NHL Draft combine coming up soon, it’s worth taking a moment to examine the current players signed by Chicago for the 2019-20 season.

Let’s begin by discussing the forwards who are signed and which outstanding free agents could impact the 2019-20 roster.

First, Kunitz is gone. Retirement might be his best/only option.

Kruger is an intriguing name because of his defensive play but, at 29, he’s older and didn’t bring any offense to the table last year (12 points in 74 games). With new additions and the ability to consider other as the fourth line center, his days in Chicago might be over (again).

If we assume all unrestricted and restricted free agents depart, what would a lineup look like based on players currently signed?

Those four lines assume a number of variables, and does not include a possible forward being selected third overall. You do not see any prospects listed, and Dylan Sikura (RFA) is not named either.

Obviously we haven’t sen Kubalik or Wedin play against NHL players outside of international tournaments. One/both of them could emerge as a top-six level player, which could impact where the coaching staff skates Cagguila, Saad and Kahun. For the purposes of this exercise we listed both as bottom-six players.

Kampf and Johnson – both RFAs – could return on cheap deals. Kampf had 19 points and won 45.3 percent of his faceoffs in 63 games last year but ranked third on the Hawks in short-handed faceoffs taken behind Toews and Kruger. Johnson played well in Rockford and could be a consideration as well. Highmore, who appeared in 13 NHL games during the 2017-18 season, has one year remaining on his contract and could be in the mix for the fourth center spot if no help is brought in via free agency, the draft or trade.

As we discussed in our 2019 NHL Draft profiles, there are a number of interesting options at center who should be available. Alex Turcotte, Kirby Dach and Dylan Cozens are all names identified as possibilities for the Blackhawks at three. And, if selected, one would have to believe they would get a long look during training camp.

The wild card in this mix is Anisimov. According to CapFriendly his modified NTC has expired, which means he could be a name in play as trades begin to happen after the Stanley Cup Final.