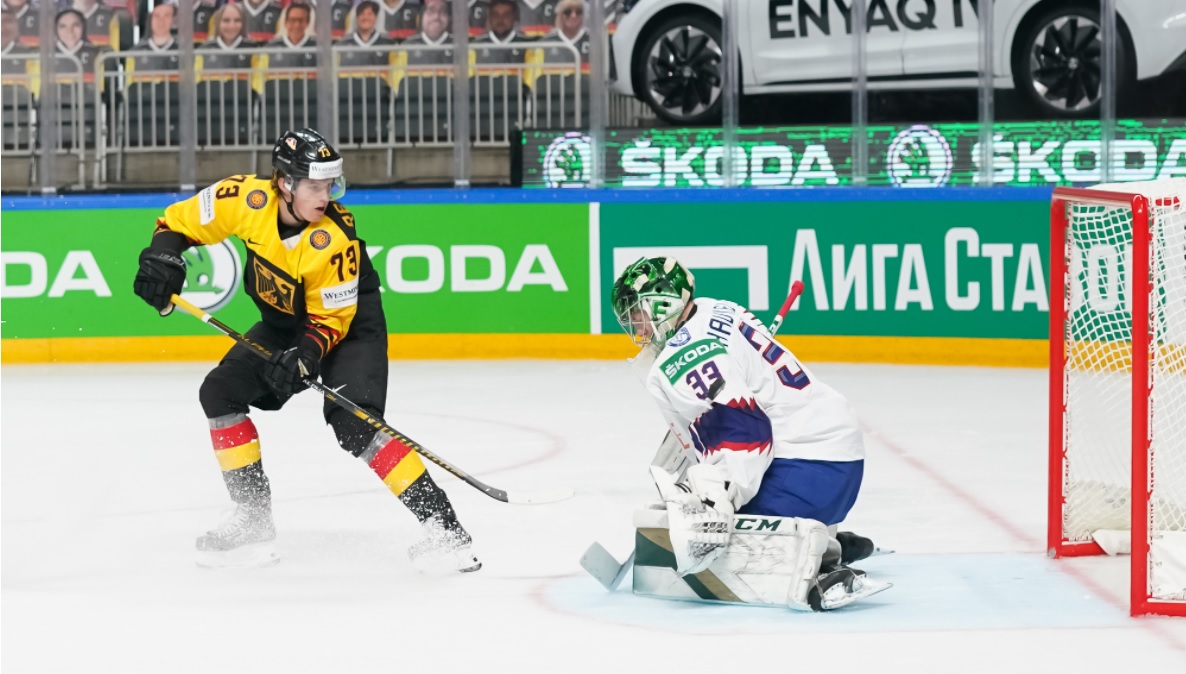 Germany takes on Canada today at noon CT (NHL Network) in the Men’s World Championships. If you’re watching the game, there are three Blackhawks on Canada’s roster. But your eyes will undoubtedly find Germany forward Lukas Reichel.

Reichel, who turned 19 last week, was the Blackhawks’ first round pick in the 2020 NHL Draft. He’s off to a blazing start in the tournament with two goals and three assists in Germany’s first two games. He’s tied for second in the tournament with five points (and the leader, Peter Cehlarik of Slovakia, has played three games already). He has also won eight of 15 faceoffs.

The way Reichel is playing against many NHL players in this tournament is certainly opening eyes. He could be in the mix to make an impact for the Blackhawks in the coming season.