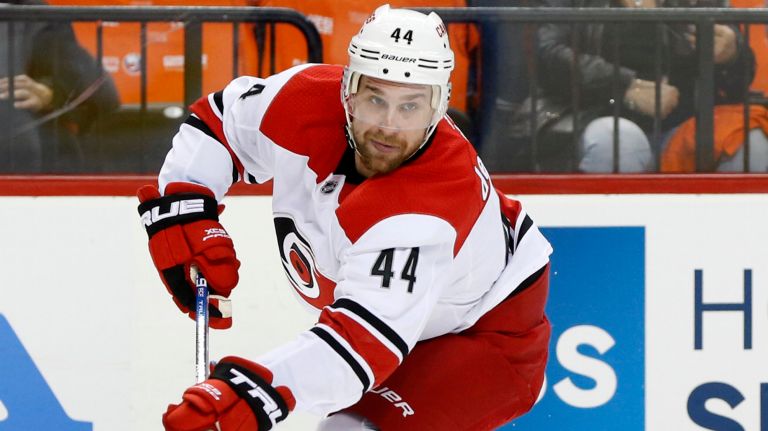 What has been made abundantly clear over the past two weeks is that the Chicago Blackhawks’ blue line is going to look different when the puck drops on the 2019-20 season.

But will it be better?

And why are they stockpiling defensemen making $4M?

Here’s what they’ve added thus far since the season ended:

OK, so on paper the Blackhawks have traded for… the same player twice? Maatta and de Haan are almost the same size, both is a left-handed shot, they both make over $4M for three more years and they both had… wait for it… 14 point last year. They averaged almost identical ice time last year and there was a two-second difference between their short-handed ice time average.

de Haan obviously is three years older and is the more physically aggressive player; he piled up 90 more hits in 14 extra games.

For shits and giggles, what do these two new Hawks look like next to Connor Murphy?

The Blackhawks will need Maatta and de Haan to be healthy.

Maatta has dealt with cancer and a significant hip injury that made him one of the slower skaters in the NHL last year; he might give Seabrook a walk for his money in the speed testing.

In a game against Colorado on March 12, de Haan was hit in the eye by the blade of Alexander Kerfoot’s on the follow-through of a shot. De Haan left the game and was evaluated at a hospital before being released. de Haan suffered a shoulder injury against Pittsburgh on March 31 but returned for Game 4 of the first-round playoff series against Washington. He had surgery in late May and is expected to be out 4-6 months, putting the beginning of the 2019-20 season in question.

When we put these guys into the mix on the Blackhawks’ depth chart, it’s suddenly a very crowded space.

Murphy is one of two right-handed shots among the Blackhawks’ eight defensemen on the NHL roster (with Seabrook); that eight does not include Henri Jokiharju, Adam Boqvist or Dennis Gilbert, all three of whom have signed a contract.

Blackhawks GM Stan Bowman has added three defensemen with decent size in their mid-20s who should average around two minutes per night short-handed – assuming the Blackhawks continue taking dumb penalties. The hope, of course, is that Maatta and de Haan improve a PK unit that was historically bad last year. In giving coach Jeremy Colliton options not-named-Keith-or-Seabrook the PK unit could/should improve.

Chicago needs to keep next summer’s expansion draft in mind. The Hawks will need to make a number of players available to Seattle; this will clear a spot for one of the younger players and get money off the books. But that assumes all of these players make it to the start of the coming season on the roster in Chicago.

The likelihood that the Blackhawks open the 2019-20 season with all eight of these defensemen on the roster is slim. Chicago has been rumored to be significantly more active in trade conversations than free agency.

And then this nugget dropped on Monday:

Heard over the weekend that #Canucks & #Blackhawks had discussed swapping the 3rd and 10th overall picks so Vancouver could jump up to get Bowen Byram, but Chicago wanted Van to take D Brent Seabrook and the remaining 5 years/$6.875M AAV on his contract. Thus the deal died.

Will the Blackhawks look to move one of the better defensemen in the history of the organization?

It’s also possible that one of the less expensive depth defensemen – Dahlstrom or Koekkoek – is dealt to a team with cap issues.

What’s clear is that Bowman intends on fixing last season’s problems, and he’s working to do it before free agency begins.