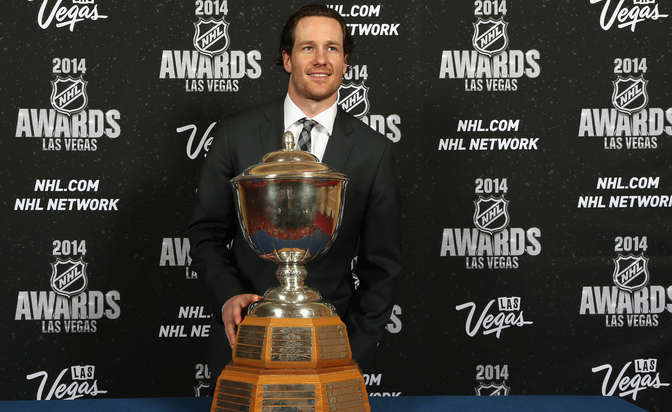 Brent Burns is a worthy Norris candidate. But I hope the Super Bowl was a good example of why you shouldn’t declare winner at halfway point.

Mendes, who covers Ottawa, is clearly making the case that not only is Brent Burns far from the predetermined lock to win the Norris but Mendes brings Erik Karlsson into the conversation as a potential winner.

Our question: where is Duncan Keith?

For the sake of keeping consistent with Mendes’ choice of statistics above, let’s compare Keith’s March numbers.

I’m not a huge fan of a one month sample size, though. So let’s back these numbers out to post All-Star Break, and we’ll include another potential finalist for the sake of building a field for discussion.

Keith’s 25:43 ATOI is his highest since the 2011-12 season. Sure, the Blackhawks added Johnny Oduya at the deadline. But let’s not forget that coach Joel Quenneville’s blue line this year has included Gustav Forsling (36 games), Michal Kempny (48 games), Michal Rozsival (20 games) and Trevor van Riemsdyk (49 games). Through Tuesday, Oduya has appeared in six games for Chicago.

Are we blinded to Keith’s quality of play because he’s a member of a dynasty in Chicago? Perhaps. But keep in mind that Keith is the only defenseman in Chicago to appear in all 73 games this season. Niklas Hjalmarsson, the best defenseman not-named-Keith in Chicago, has missed six games. Brent Seabrook and Brian Campbell have missed two each. And the best defensive forwards on the roster have missed significant time this year as well: Jonathan Toews (nine games missed), Marian Hossa (eight games missed) and Marcus Kruger (12 games missed).