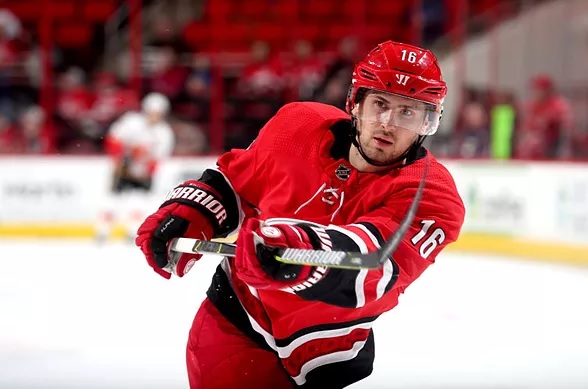 It isn’t often that a trade goes down during the playoffs, but a familiar face was traded on Thursday.

The Carolina Hurricanes traded former Blackhawks center Marcus Kruger and their third round pick in the upcoming 2018 NHL Draft to Arizona for forward Jordan Martinook and Arizona’s fourth round selection in the 2018 NHL Draft. Carolina is also retaining 10 percent of Kruger’s salary.