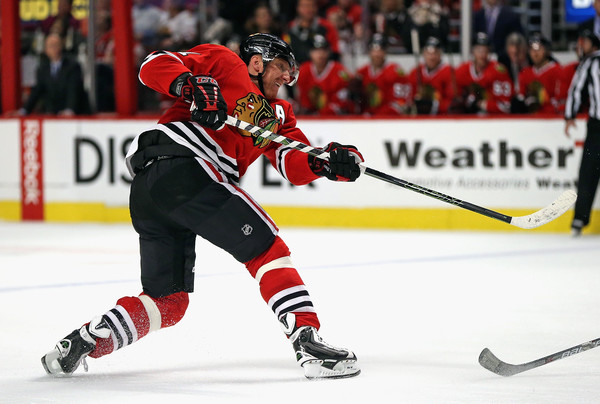 Appropriately, it was an overtime game-winning goal that was Marian Hossa’s 1,100th career regular season point.

Hossa’s game-winner against Dallas on Sunday night at the United Center gave him two points in the game, which give him exactly 1,100 in his Hall of Fame career. He passed Glenn Anderson (1,099) with the two-point effort on Sunday, moving into 59th place in NHL history.

Here’s who’s next on the career list for Hossa to pass: