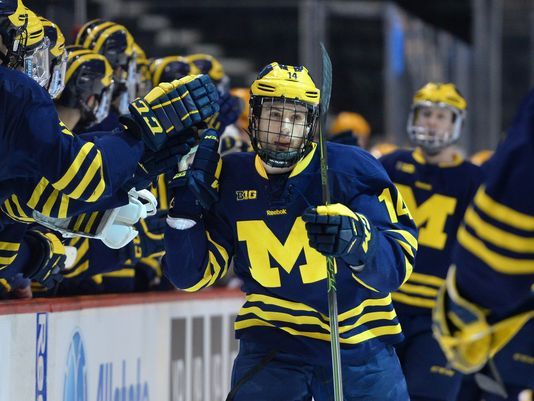 Michigan forward Tyler Motte opened and closed the scoring as the Wolverines dispatched Minnesota 5-3 to win the Big Ten Tournament for the first time.

Motte scored a power play goal in the first period for his 30th of the season to give Michigan a 1-0 lead. He added a shot into the empty net late for his 31st to put the final nail in Minnesota’s coffin.

In 36 games this year, Motte has 31 goals and 23 assists. His 54 points are tied for third in the NCAA behind his two linemates – Kyle Connor (69 points) and JT Compher (60). Motte closed the year with three consecutive two-point games.

Chicago selected Motte in the fourth round (121st overall) in 2013.