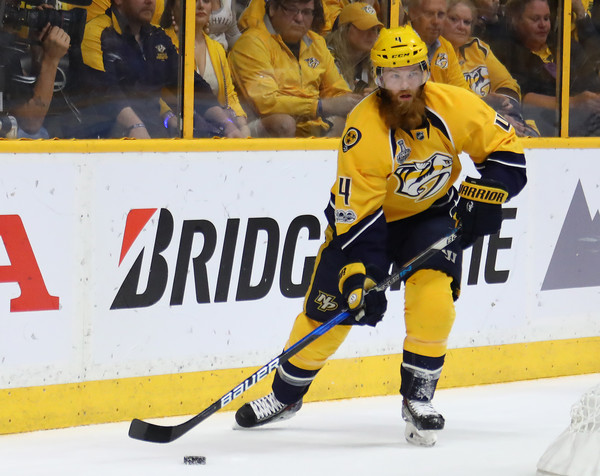 On Thursday, the defending Western Conference champion Nashville Predators announced they will be without defenseman Ryan Ellis until “around the start of the new year.”

Ellis, who will turn 27 on Jan. 3, posted a career-high 38 points in 71 regular season games last year. He added 13 points in 22 playoff games as the Preds lost to the Pittsburgh Penguins in the Stanley Cup Final. Ellis averaged 23:57 on ice per game during the regular season.

Ellis left Game 5 of the Stanley Cup Final with an undisclosed injury. He returned to the lineup for Game 6, skating more than 24 minutes in the Cup-clinching game for Pittsburgh.

Nashville traded a third round pick in the 2019 NHL Draft to Vegas for the rights to veteran Alexei Emelin during the summer.