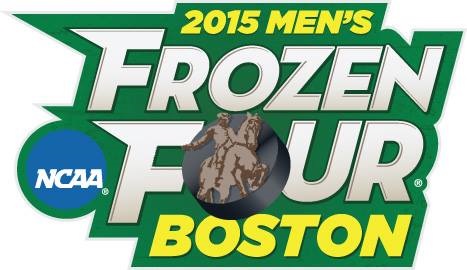 Freshman defenseman Luc Snuggerud will lead Omaha against Harvard in the first round. Snuggerud registered 14 points (two goals, 12 assists) in 36 games this season.

In the fourth region, there will be two Hawks prospects in action.

Sophomore forward Anthony Louis will lead #4 Miami (Ohio) into a first round match-up with Providence. Louis had 34 points (eight goals, 26 assists) in 36 games.

Also in that region, sophomore forward Chris Calnan will lead Boston College against the University of Denver. Calnan was credited with 16 points (11 goals, five assists) in 36 games this year.

Not in the tournament is the University of Vermont, meaning senior captain Mike Paliotta has played his last game as a defenseman for the Catamounts. In an article for College Hockey News, Vermont coach Kevin Sneddon spoke very highly of the leadership displayed by the Hawks prospect.

“Michael Paliotta is a tremendous leader,” Sneddon said. “Our whole senior class is great, but Michael really stepped up. It’s an attitude more than anything. Last year’s senior class helped change that culture in our process, and with Michael and our seniors this year, it became that losing wasn’t acceptable. We want to make sure we’re proud of the name on the front of our jersey every time we put it on. Our culture is moving in a positive direction. You need to have the right group, the right attitude and the right people for that to continue to flourish.”