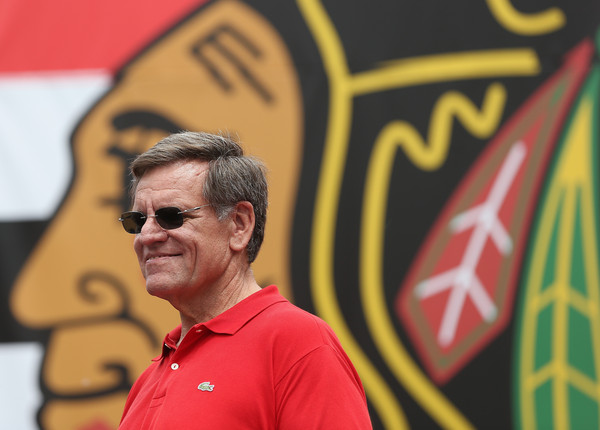 That’s the headline-grabbing quote from Blackhawks’ owner Rocky Wirtz in an article at Crain’s Chicago Business on Monday.

Wirtz went on to speak about the 2017-18 season. Here are a few of the more powerful quotes:

“The better players all had off years,” Wirtz said. Star goalie Corey Crawford was out much of the season with injuries. “There were lots of reasons.”

“I think the team will be fine.” But, “if things are off at the beginning of the year, that’s a different story… Nothing lasts forever.”

Finally, the article notes that season ticket renewals for the Blackhawks came back at “only” 85 percent this year, a stunning decline from the 99-100 percent the team had seen for most of the last decade.

73 thoughts on “Who Needs Job Security?”