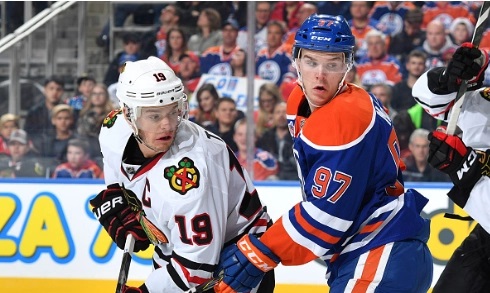 On Wednesday afternoon the National Hockey league and the Walt Disney Company announced a major deal that should not only make more games available to viewers, but also sustain the finances of the league.

Been told that annually ESPN will pay more than $400 million to the NHL as part of this deal.

From the league’s release:

“The Walt Disney Company, ESPN and the National Hockey League have reached a historic and innovative seven-year television, streaming and media rights deal, taking the new partnership from the beginning of the 2021-22 season through the 2027-28 season.

The visionary, first-of-its-kind agreement brings the NHL back to Disney and ESPN platforms and illustrates the unique position of The Walt Disney Company to bring the best hockey in the world to millions across its unparalleled collection of media platforms.

It is highlighted by: exclusive coverage of the Stanley Cup Final on ABC in four of the seven years of the agreement, with the ability to simulcast/megacast on ESPN+ and additional ESPN networks; the return of live NHL action to ESPN networks with 25 exclusive national regular-season games on ABC or ESPN; 75 national regular-season games per season produced by ESPN that will stream exclusively on both ESPN+ and Hulu; half of the Stanley Cup Playoffs on ABC and ESPN each season; and coverage annually of NHL’s Face-off (opening night games), the NHL All-Star Game and Skills Challenge, plus other NHL special events each season.

Additionally, the NHL’s out-of-market streaming package, with more than 1,000 games (formerly on NHL.TV), will now be available for fans to stream only as part of an ESPN+ subscription.

The agreement also includes extensive highlight rights that will add to coverage across ESPN’s year-round news and highlights programming, and to coverage on the ESPN App and social media. International media rights – including in Latin America, the Caribbean and parts of Europe – are also part of the agreement.”