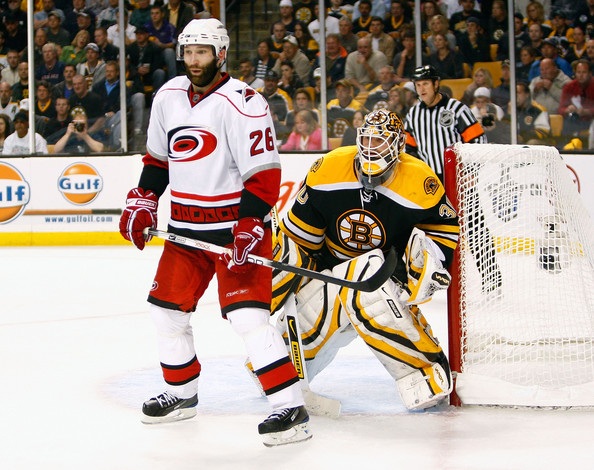 After getting manhandled for much of the regular season and throughout the playoffs against Vancouver, it’s a safe assumption that the Chicago Blackhawks will go shopping for a physical presence this summer.

And the perfect player just happens to be an unrestricted free agent: Erik Cole. Cole is coming off a strong season in Carolina, scoring 26 goals and adding 26 assists in 82 games with the Canes. His cap number was $2.9M on a two-year deal and, at 32 years old (33 in early November), he is likely looking for the best chance to win another ring.

Chicago could be that fit.

Cole finished the season 13th in the NHL in hits with 225, and would replace some of the experience leaving the roster as Tomas Kopecky and Fernando Pisani leave after this year. With Troy Brouwer being a question mark as a restricted free agent this summer, Cole could be at the top of Stan Bowman’s shopping list.

If Cole is looking for a comparable cap number to where he was last year – in the $2.50-3.00M range – then he’s a player the Blackhawks could afford as well. In fact, Cole would be an ideal role model to have in Chicago for if/when the Kyle Beach Experiment reaches the United Center.

17 thoughts on “NHL Free Agency: Someone the Chicago Blackhawks Should Consider”