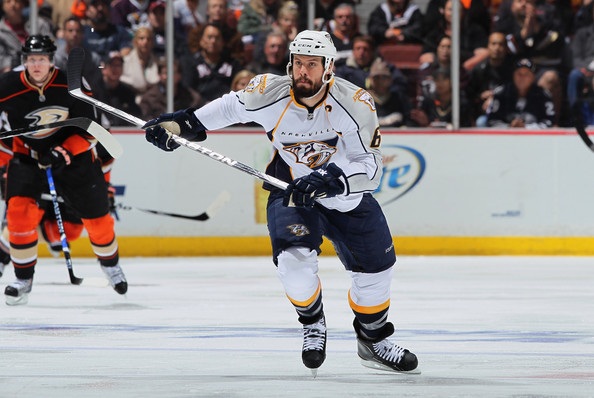 The Nashville Predators and Detroit Red Wings continue to stay alive in the postseason, but the summer – and free agency – is an inevitable reality.

We’ve already looked at the free agency decisions the Blackhawks will have to make starting in July. Now, let’s look around the rest of the Central Division.

Most Important Player: Voracek. He doesn’t turn 22 until the middle of August, but he’s already played three good seasons in the NHL and has posted 96 points in the last two seasons.

Most Intriguing Player: Oshie. In the wake of the blockbuster trade with Colorado, the Blues have some pretty good, young talent up front and Oshie going AWOL at the end of the year was a weird situation. He only played in 49 games last year, but has been productive when on the ice. He presents a touch call for the Blues this summer.

Most Important Player: Weber, and it isn’t close. The Norris Trophy finalist is one of the best defensemen in the game, and will be seeking a strong financial commitment from Nashville. Certainly his agent was thrilled when he saw the dollar amounts Dustin Byfuglien and Brent Seabrook received from Atlanta and Chicago, respectively.

Restricted Free Agents
Forward: none
Defenseman: none
Goalie: none

Most Important Player: Lidstrom. He’s been the benchmark for quality on the blue line in the league for two decades, but faces a tough decision this summer. If he retires, he’ll take an enormous amount of leadership, clutch production, and skill with him – as well as freeing up $6.2M in cap space.