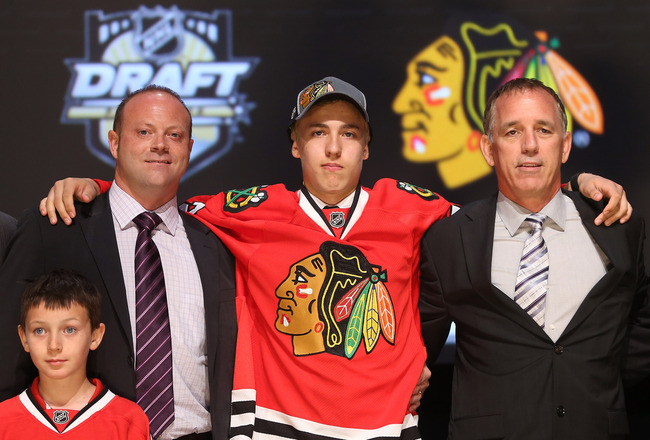 On Wednesday, the NHL announced a new, two-year implementation plan for an enhanced Draft Lottery system that will begin in 2015. The lottery will include the picks of the 14 teams that failed to quality for the Stanley Cup Playoffs. From NHL.com, here are the changes:

The odds of winning the first overall selection in the NHL Draft for the 14 non-Playoff teams will be adjusted to more appropriately reflect the current state of competitive balance in the League. This will result in a more evenly-balanced allocation of odds, with the 10 highest-finishing non-Playoff qualifying teams receiving higher (better) Draft Lottery odds than they received previously and the four lowest-finishing teams receiving lower (worse) odds. The revised set of odds will remain in effect year-to-year in the future. Beginning in 2016, the Draft Lottery will be utilized to assign the top three drafting slots in the NHL Draft, an expansion over previous years when the Draft Lottery was used to determine the winner of the first overall selection only.

As a result of this change, the team earning the fewest points during the regular season will no longer be guaranteed, at worst, the second overall pick. That club could fall as low as fourth overall.

The 11 Clubs not selected in the Draft Lottery will be assigned NHL Draft selections 4 through 14, in inverse order of regular-season points.