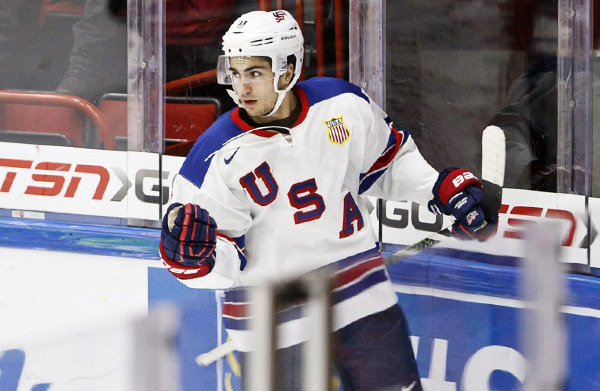 Three Blackhawks prospects are still alive as the semifinal round of the 2016 IIHF World Junior Championships will be played on Monday. Finland will face Sweden (9 AM ET) and the United States will take on Russia (1 PM ET). Both games will air live on NHL Network.

Representing the United States, forward Nick Schmaltz has been superb. He has posted five points in five games and was named Team USA’s Player of the Game after registering one goal and two assists in a 7-0 elimination round win over the Czech Republic.

In four games for Sweden, defenseman Gustav Forsling has two power plays goals, one assist and has been credited with 16 shots on goal, which is tied for third on the roster. He picked up five of those shots on net in Sweden’s 6-0 win over Slovakia to advance to the semifinals.

For Finland, defenseman Joni Tuulola picked up his first point of the tournament and finished with a plus-three rating as Canada was eliminated.