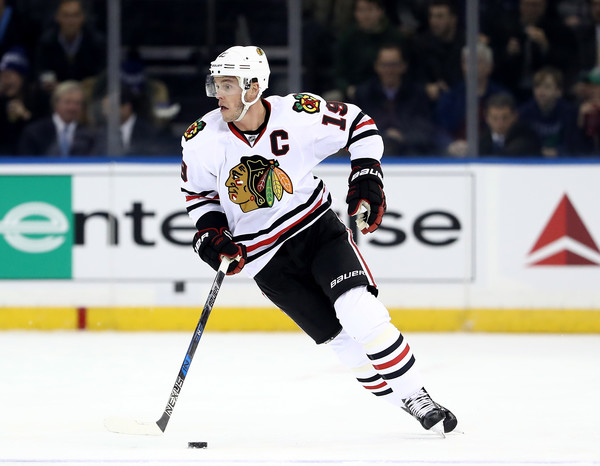 According to Scott Powers of The Athletic, Blackhawks captain Jonathan Toews has decided not to play for Canada at the 2018 World Championship.

Also, Toews will not return to the lineup against St. Louis on Wednesday night. He continues to work his way back from an upper-body injury that has cost him six games (and counting).

Toews has already won gold at the Worlds. When Chicago won the Stanley Cup in 2010, Toews became the youngest player to join the incredibly exclusive Triple Gold Club (gold medals at the Olympics and Worlds and a Stanley Cup championship).

15 thoughts on “No, Canada: Jonathan Toews Passing On World Championship”