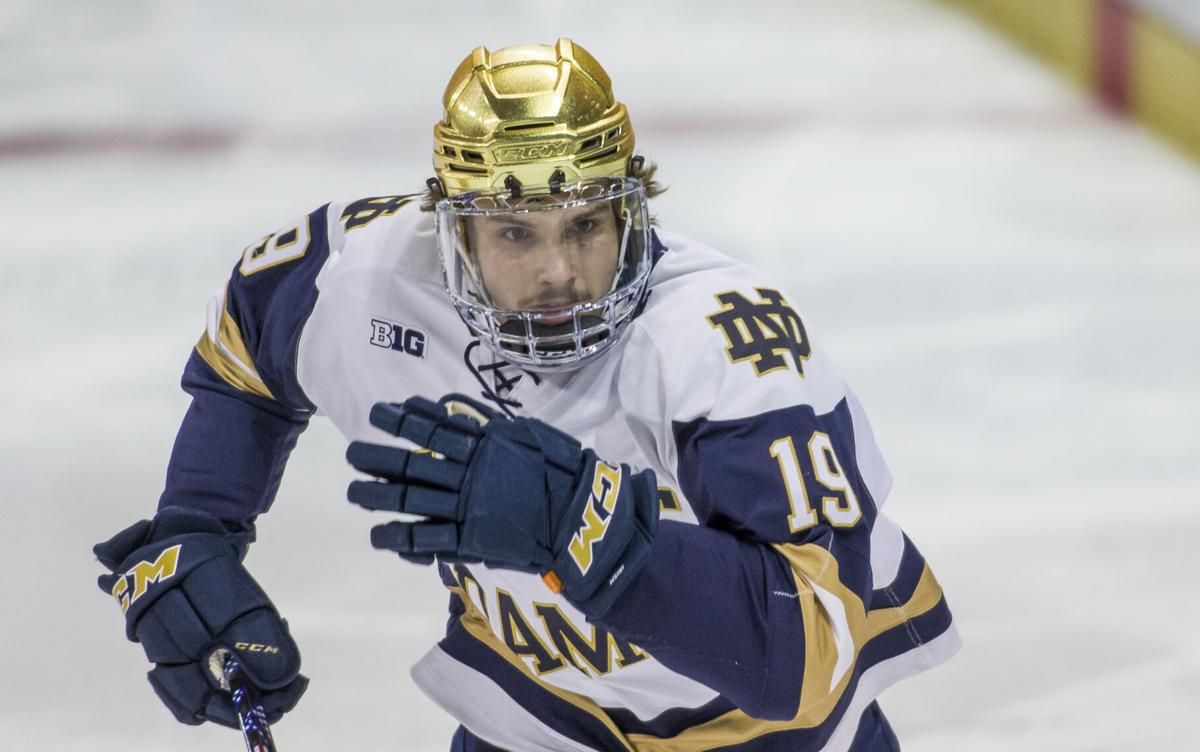 Tough news for college hockey fans on Thursday when the NCAA announced Notre Dame’s men’s hockey team is out of the NCAA tournament because of COVID issues.

This means Blackhawks prospect Landon Slaggert’s freshman year is over.

Slaggert, the Hawks’ third round pick (#79) in the 2020 NHL Draft, had a terrific freshman season. He put up 22 points (eight goals, 14 assists) in 25 games and was named the National Freshman of the Week at the beginning of March.

Listed at 6-1 and 181 pounds, Slaggert plays a physical game and skates well. He finished the season third on Notre Dame’s roster in points, tied for second in goals and second in power play goals (three).

As the Blackhawks begin looking to the future, Slaggert is the kind of player they’ll want to build around. With his season ending prematurely and the Hawks being a couple weeks away from what could be an active trade deadline, convincing Slaggert to turn pro would be a good call by Stan Bowman and the Hawks’ front office.

9 thoughts on “Notre Dame’s Season Over, Should the Blackhawks Sign Landon Slaggert?”