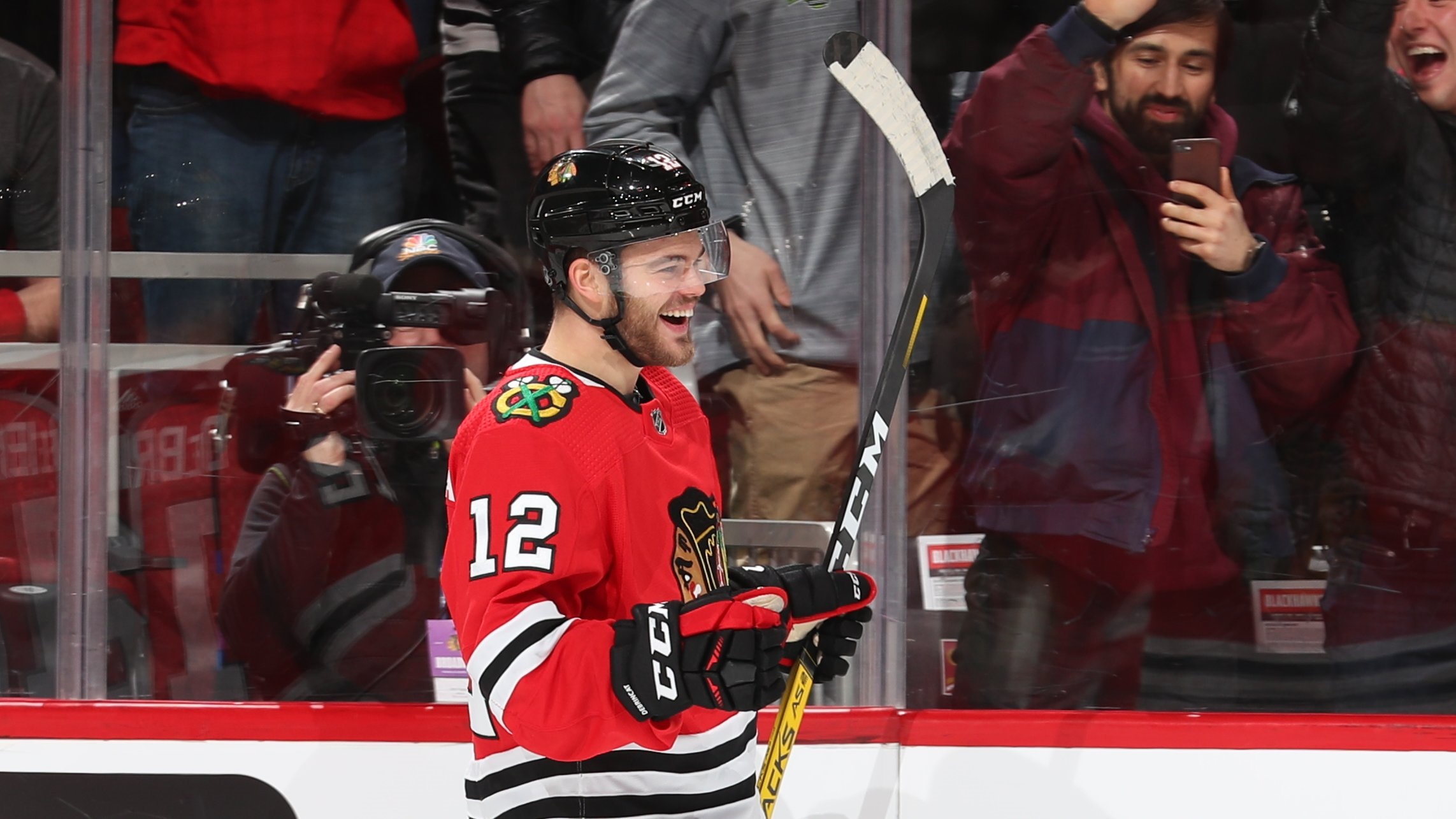 After Corey Crawford helped the Blackhawks pick up one point in the standing for a lackluster effort in Minnesota on Tuesday night the team came home to face the powerful Boston Bruins.

Boston sent out their top line for the opening faceoff. Jeremy Colliton countered with Zack Smith, Ryan Carpenter and Alex Nylander. Sure, why not?

The first 20 minutes of the game felt a lot like the opening 40 last night. Chicago was getting outworked by a strong Boston team, but on this night it was Robin Lehner standing tall between the pipes. Late in the first period, Lehner made a spectacular save.

The good followed the bad for the Blackhawks in the second period. David Krejci hit Adam Boqvist from behind and sent him into the boards hard – and awkwardly. Boqvist took his time getting to his feet and skated off favoring his right arm. He went to the room immediately.

This is where Adam Boqvist got injured pic.twitter.com/Ib2cxEnFgM

On the subsequent power play the Hawks were able to get on the board. Kirby Dach was marvelous after taking a high hit from Zdeno Chara. He was able to keep a clearing attempt in the zone and, after getting the puck to Patrick Kane, parked himself in front of the net. The shot came in and Dach battled for the loose change long enough that it popped out the side to an attacking Alex DeBrincat.

Dach picked up an assist for the fifth consecutive game and earned every bit of it. Kane was also credited with an assist.

Six minutes after the DeBrincat goal, Sean Kuraly tied the game for Boston. The Bruins remained the more aggressive team in the second period but Lehner continued to make big saves to keep the Hawks in the game.

The Hawks got another power play late in the second. Jeremy Lauzon caught Kane in the face with his stick at 16:43 and took a seat. Chicago did nothing with this advantage, however.

When the dust settled after two periods, the score was tied at one. Boston held a 27-13 shot advantage; the Blackhawks were credited with five in the first and eight in the second.

Unfortunately as the third period began the bad news came: Boqvist was done for the night.

The third period came and went without a goal. But it wasn’t without some controversy.

The United Center nearly lost it’s collective mind with 65 seconds left in regulation. Chicago was going to get a power play but Drake Cagguila streaked up the ice and appeared to score the go-ahead goal. But the officials had apparently blown a whistle – for no good reason at all. And the officials gave no explanation for stopping the play after taking the Cagguila goal off the board.

Goal or no goal? pic.twitter.com/dMESFxq2d0

After the game, Jonathan Toews did get an explanation. It was indeed a mistake by the officials.

Chicago let the officials know how they felt but the game went to overtime.

Boston got the winning goal from Charlie McAvoy at 1:19 into overtime.

Ryan Carpenter got the showers late in regulation for telling an official he was doing a terrible job; Carpenter was right. After Patrice Bergeron appeared to get away with three separate infractions on a faceoff, Carpenter let the officials have it. He got 10 minutes for his use of colorful (but accurate) language.

Patrick Kane was credited with only one shot on net in 20:31 but finished tied with David Kampf for the team lead with three takeaways. Kane also picked up an assist in the game.

Dach won three of 11 faceoffs in 17:54 and put three shots on net. He made a couple more moves with the puck that have him *this close* to scoring highlight goals in the last three games.

Lehner stopped 38 of 40 against one of the better offenses in the NHL. The offense in front of him put just 22 shots on net in more than 61 minutes of hockey.