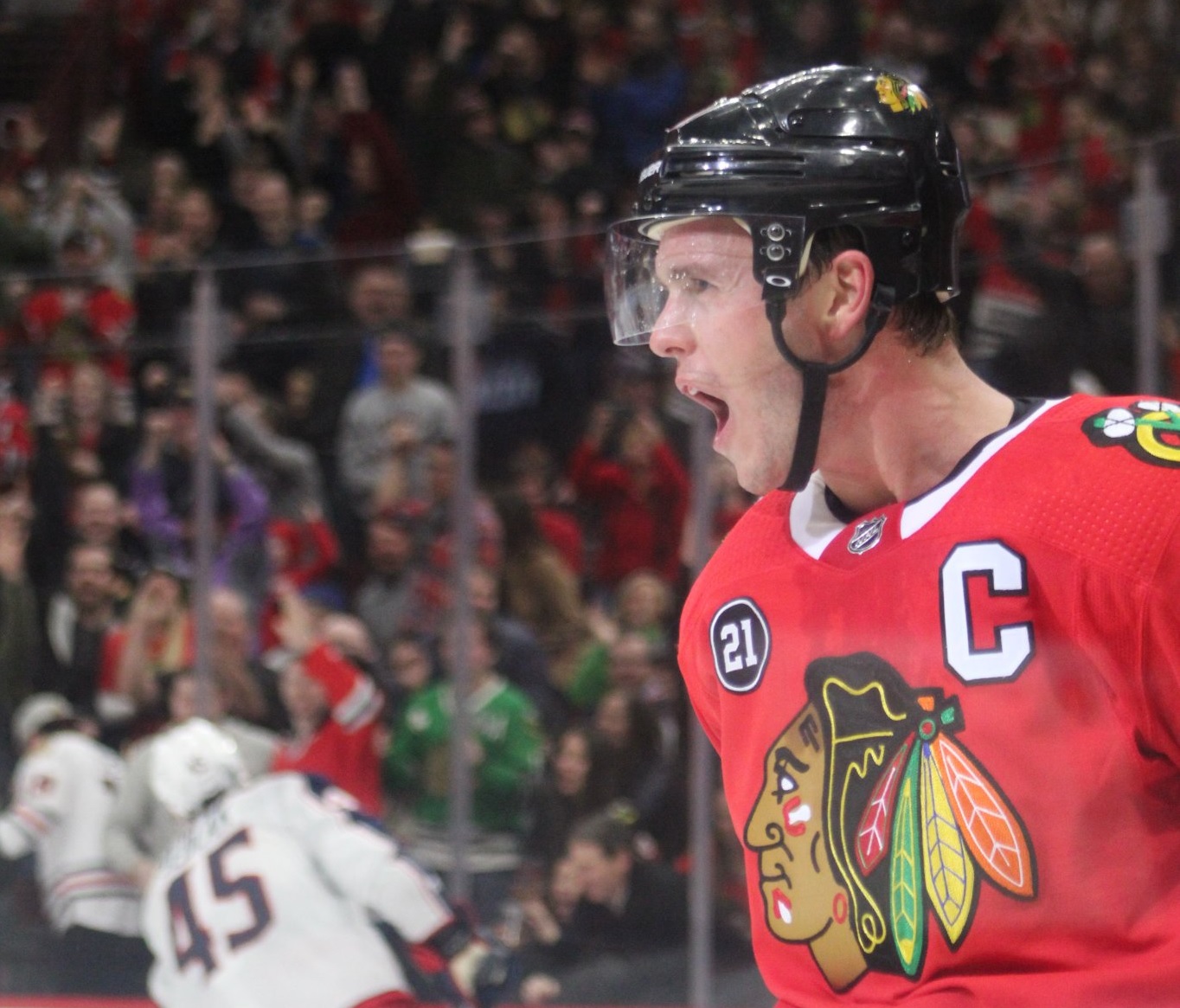 Artemi Panarin skated into the United Center on Saturday night as one of the favorite former Hawks in the league, and treated fans to a reminder of what was.

Columbus dominated the action early in the first period but Cam Ward kept the Blackhawks in the game with a few big saves. Pierre-Luc Dubois scored his 22nd of the season to open the scoring 12:36 into the game.

The Blackhawks started to push back and were able to get on the board when Patrick Kane finished a pretty passing play with his 35th of the season.

Unfortunately the Kane-Panarin magic was still there… except Panarin was skating for the wrong team. He scored 17 seconds after the Kane goal to give Columbus a 2-1 lead.

Cam Atkinson scored with 38 seconds left in the first to give Columbus a 3-1 lead after Connor Murphy whiffed on a bouncing puck. Panarin had an assist on the Atkinson goal giving him two points in the opening 20 minutes, during which the Blackhawks actually out-shot the Jackets 15-13.

Chicago fought back in the second period but struggled to solve Sergei Bobrovsky. Finally, with 34 seconds left in the period, Jonathan Toews was able to cut the lead back to one.

Erik Gustafsson and Kane were credited with assists on the goal, extending Kane’s assist streak to a club-record 16 games.

The Blackhawks out-shot the Jackets 20-9 in the second period but only scored once, a frustrating reality with the Hawks’ defensemen struggling.

In the third the Blackhawks couldn’t beat Bobrovsky again and the Blue Jackets added two more goals to finish the night.

The back-breaking goal came off the stick of Panarin – and he didn’t know it. Seth Jones unloaded from the point and the shot deflected off Panarin’s stick and past Ward. The goal is the 300th point of Panarin’s career and came only 12 seconds into the third period, deflating any momentum the Hawks had after the Toews goal late in the second period.

Josh Anderson added his 20th of the season 15 minutes later to close the books for the night. Chicago lost 5-2.

Saturday night was the first time since 2013 that Kane and Toews scored in the same game and the Blackhawks lost.

Toews put four shots on net and won 13 of 19 faceoffs. Kane put a team-leading six shots on net. Brandon Saad, who the Hawks brought back in the deal that sent Panarin to Columbus, put five shots on net but didn’t score.

Carl Dahlstrom didn’t have a great night on the blue line and was limited to 14:34.

Dylan Sikura skated 13:48 and was credited with three shots on net, but was robbed of a great scoring chance by Bobrovsky early in the game.

Marcus Kruger, Brendan Perlini and Chris Kunitz were held under nine minutes each and combined to put one shot on net.