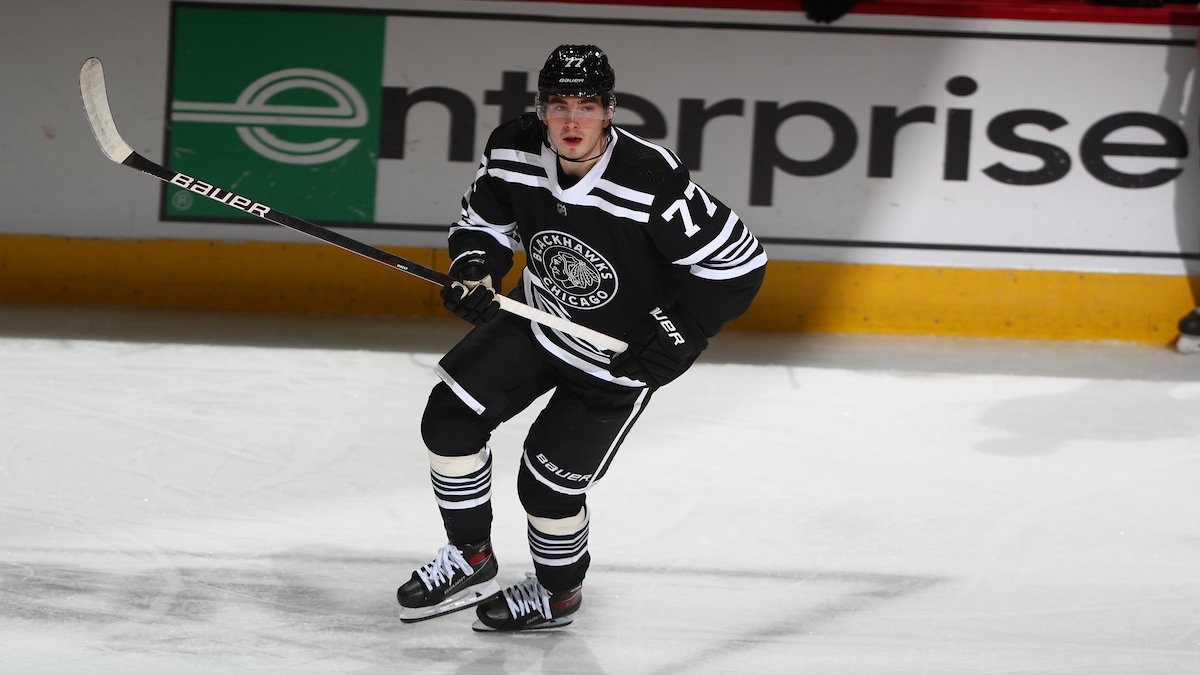 The Blackhawks need wins at this point. Their postseason chances are nearly extinct, so really any game that doesn’t end with two points in the ledger isn’t helpful.

Thursday night was an improved effort, but ended with the Hawks losing to the Panthers on home ice in overtime.

Kevin Lankinen was back between the pipes for the Hawks after getting pulled after the first period against Tampa. He had a better night, too, stopping 35 of 39.

Adam Gaudette got the Hawks on the board with the only goal of the first period, his first as a member of the Blackhawks.

After 40 minutes, the game was tied at two. Florida out-shot the Blackhawks 17-7 in the middle period and the scoreboard reflected a superior effort from the Panthers. Lankinen held on as best he could but he wasn’t getting much help. Vinnie Hinostroza scored his third of the year to keep the Hawks close.

When Brandon Montour scored at 9:09 into the third, if felt like the Hawks were starting to fold. Lankinen was clearly frustrated with apparent contact in front of the net (and no defensemen in sight when it happened).

Chicago couldn’t put together a run until the final 20 seconds of regulation when Alex DeBrincat tied the game.

The game went to overtime and the Hawks actually had a few nice shifts, but Sam Bennett continued his steak of really good play since being traded to Florida and won the game inside the final minute of free hockey.

Kirby Dach had a strong night for the Hawks. He won 10 of 12 faceoffs against a Florida team that has dominated Chicago at the dot all year. He had one assist with one blocked shot and one takeaway. He finished the night plus-two.

Nikita Zadorov was credited with eight hits in more than 20 minutes of ice time. Ian Mitchell watched from home. Again.

Wyatt Kalynuk skated 20:30 with one assist and two hits in the game.

61 thoughts on “Panthers Pounce on Plummeting Blackhawks, Win in OT”