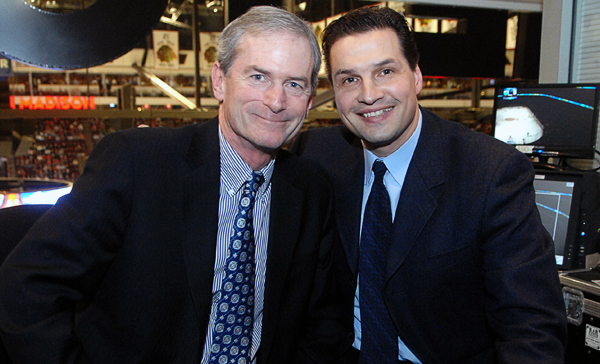 On Thursday, Blackhawks play-by-play announcer Pat Foley was named the recipient of the Foster Hewitt Memorial Award for outstanding contributions as a hockey broadcaster.

Foley is in his 31st season with the team. According to the press release:

The Illinois native began his broadcasting career as a student at Michigan State University, calling baseball and hockey games for the school. Since his professional debut with the International Hockey League’s Grand Rapids Owls in 1977, Foley has won three Emmy awards and was inducted into the Chicagoland Sports Hall of Fame in 2002.

“Pat Foley is extremely worthy of this distinction,” said Kaiton. “This legend’s voice and style have been a unique part of Blackhawk hockey for almost four decades.”