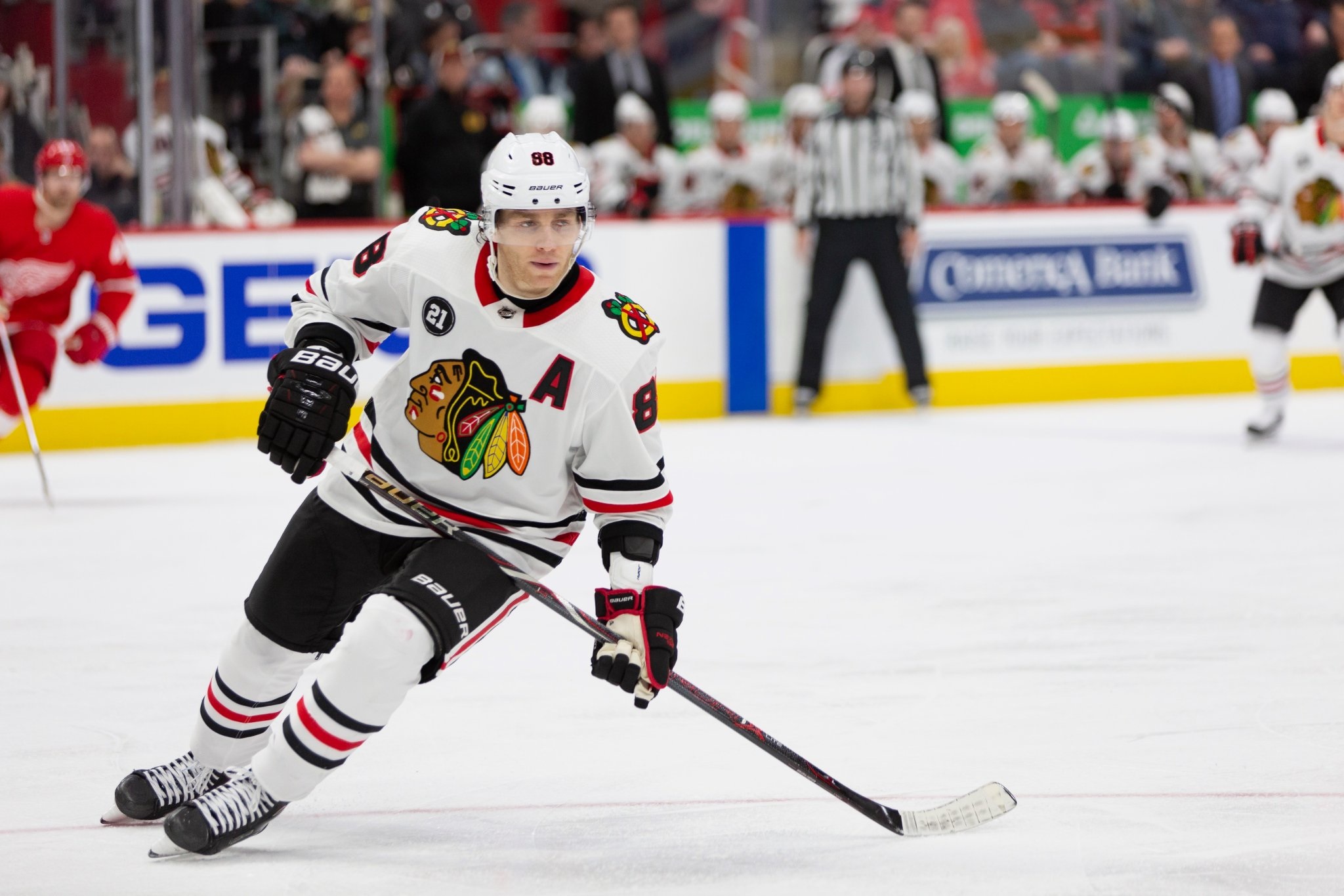 As we inch closer to the NHL trade deadline the Blackhawks continue to inch closer to a playoff spot in the Western Conference. And, after hanging eight on Ottawa at home in their last game, Chicago looked to stay hot in Detroit in front of a national television audience.

One of the players whose name has been mentioned in trade rumors is Artem Anisimov. If he is indeed on the market, he helped increase his value with his tenth goal of the season 99 seconds into the game.

The goal was unassisted.

Dylan Larkin tied the game five minutes later for Detroit, but then the Blackhawks started to take control of the first period.

Dylan Sikura and Cam Ward picked up the assists on Saad’s 21st of the season.

Patrick Kane was still looking to extend his assist and point streak, and was one pass away from doing so later in the first. Kane gave the puck to Erik Gustafsson, who found Dylan Strome. Strome did what he’s done so many times since coming to Chicago: set up Alex DeBrincat.

DeBrincat’s 33rd of the season gave Chicago a 3-1 lead.

Unfortunately Drake Cagguila was hit in the face by friendly fire late in the first period. He suffered an injury near his eye and did not return for the beginning of the second period.

Detroit out-shot Chicago 15-7 in the first period but trailed by two.

Kane made history 77 seconds into the second period.

The goal, Kane’s 37th of the season, extended his point streak to 19 games.

Detroit starter Jimmy Howard got the hook after Kane’s goal, calling it a night after allowing four goals against only eight shots. Jonathan Bernier would work the rest of the night for Detroit.

Things escalated quickly early in the third, however. Larkin scored his second of the night 4:19 into the period. Andreas Athanasiou scored a power play goal 64 seconds later to cut the Blackhawks’ lead to one. And Detroit had the momentum.

Athanasiou tied the game with 86 seconds left in regulation and we headed to overtime.

The Hawks put it in neutral after Kane scored and coasted into overtime. Bernier faced eight shots in 38 minutes in regulation – not good enough.

Chicago opened overtime with Kane, Toews and Gustafsson. That line got one good look early in the extra session and ended the game later.

Toews powerfully attacked the net and got the attention of all three Detroit skaters. He got the puck to Gustafsson who politely passed to a wide open Kane for the game-winner.

Gustafsson had three assists in the game.

Kane has recorded a point in 18 consecutive road games. #NHLStats