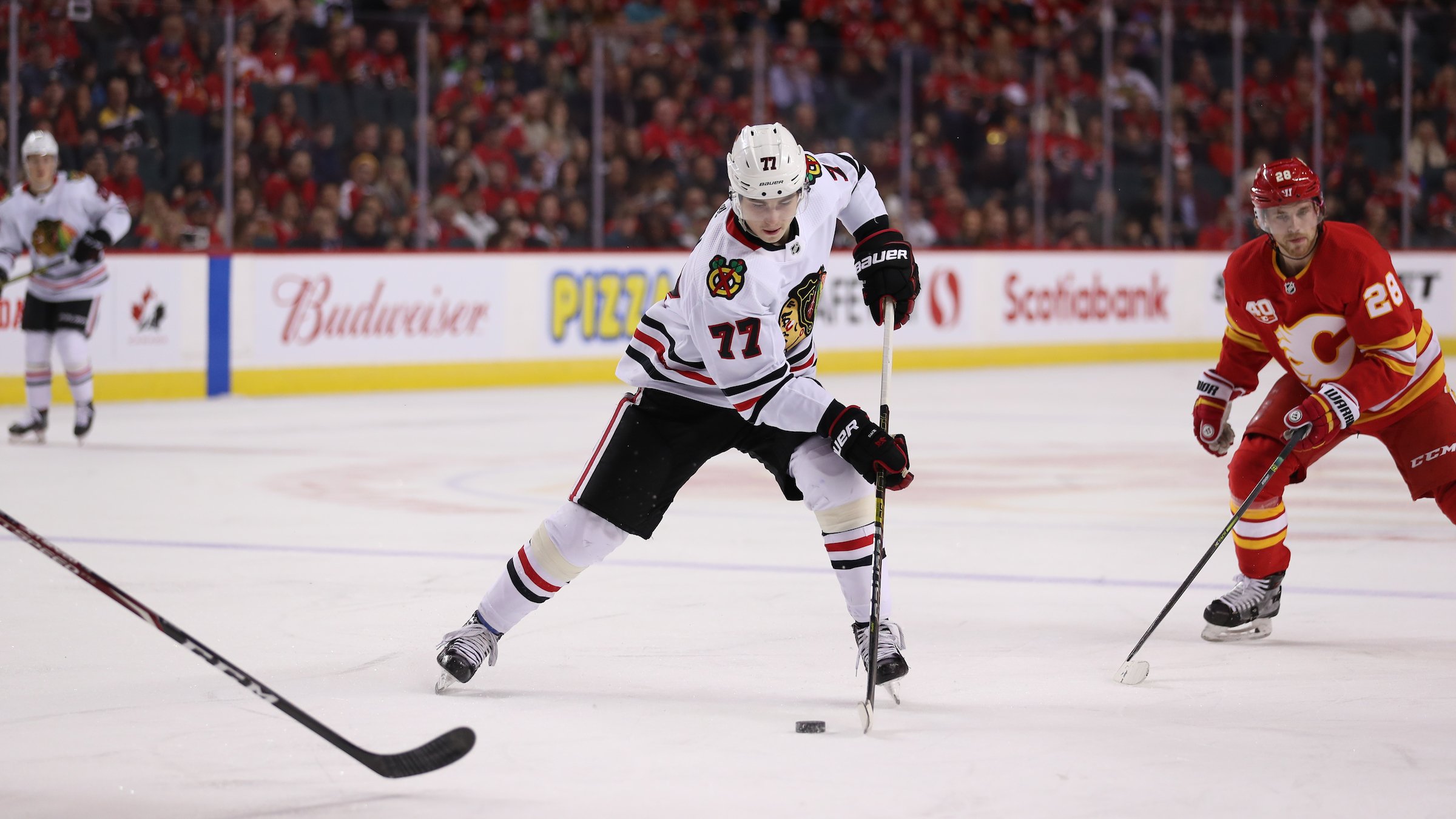 In the final game of the most successful decade in franchise history, the best player in the NHL over the past 10 years made a statement.

Patrick Kane, the Blackhawks’ best player of the decade, collected two assists to open the game and added two goals to blow the doors open in Calgary. The goals gave Kane 378 regular season goals in his career, passing Denis Savard into fourth in franchise history.

Kane put up the stats, but Robin Lehner stole the highlights.

Olli Maatta scored the first goal of the night for Chicago.

Kane and Dylan Sikura picked up the assists.

On the power play 71 seconds later, Alex DeBrincat added to the Blackhawks’ lead.

Kane and Dylan Strome were credited with the helpers.

The two assists gave Kane exacty 800 points in the decade. He is the only player in the NHL to reach that milestone.

It took seven minutes for the score to change again, but it was Kane once again. This time he handled the scoring part of the equation.

But a save by Lehner moments later lit up Twitter.

At the end of the first period the Hawks had a 14-10 shot advantage and the line of Kane, Sikura and Carpenter had built a three-goal lead.

One stat of note from the first period: all six of the Blackhawks’ defensemen skated between 6-7 minutes in the first period. Duncan Keith (6:20) was the lowest; Connor Murphy led the team with 6:51.

Calgary attacked early in the second but Lehner was up to the task. In the middle of the second period Zac Rinaldo went to the box for being Zac Rinaldo. Unfortunately, Kane went to the box shortly after to create a 4-on-4 situation. Chicago took advantage. Strome scored to give Chicago a 4-0 lead.

DeBrincat and Murphy were credited with the assists on the Strome goal. Strome and DeBrincat joined Kane and Sikura with a multi-point night to close out the decade.

Sam Bennett, who apparently hates shutouts, scored with six seconds remaining in the second period to cut the Hawks’ lead to three.

After 40 minutes of hockey, Calgary had a 26-24 shot advantage. Lehner was outstanding.

In the middle of the third period with the score still 4-1 Chicago, Bennett started running people. First, he went knee-to-knee with Kane. Dennis Gilbert had words with him later while Bennett was on the Calgary bench before a puck drop. But on Bennett’s next shift he trucked John Quenneville. The Hawks didn’t take the bait, however.

With under five minutes left in regulation and with Rasmus Andersson in the box for Calgary, Keith coughed up the puck and Michael Frolik scored short-handed to cut the Hawks’ lead to two.

Calgary pulled goaltender David Rittich with 3:35 left in regulation in hopes of scoring two more times to tie the game.

Sean Monahan scored at 16:48 to pull Calgary within one. Would the Blackhawks blow another three-goal lead in the third period?

Kane finished with a four-point night. His empty net goal passed Savard into sole possession of fourth in franchise history.

Maatta picked up an assist on Kane’s empty net goal in the closing seconds, making him the fifth Blackhawks skater with a multi-point night.

Lehner made 41 saves in the victory.

Keith led all Blackhawks defensemen with 22:04 on the ice. Four of the other five defensemen finished with between 18-19 minutes on the ice. Murphy, who skated 20:41, led Chicago with four blocked shots.