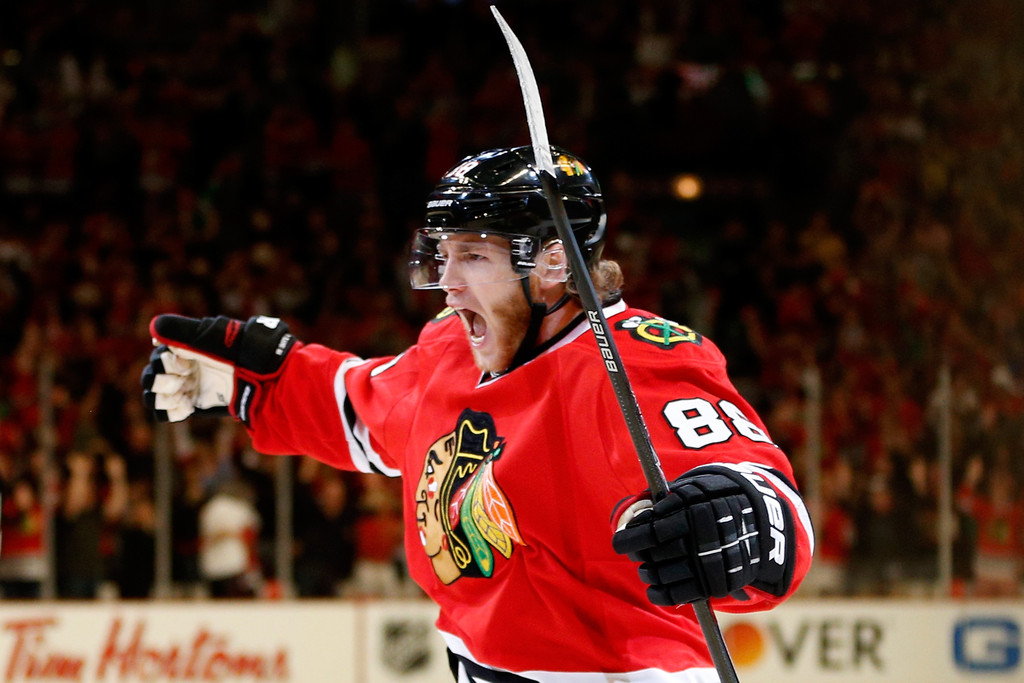 When Patrick Kane was injured on Feb. 24, his chances of winning the Hart Trophy as the league’s most valuable player effectively ended. But is his absence strengthening his candidacy? Three weeks after he left the lineup, Kane still ranks ninth in the NHL with 64 points. Islanders star John Tavares has taken over the league lead, but is only eight points ahead of where Kane’s regular season ended. Indeed, only two players – Pittsburgh’s Sidney Crosbym (1.11) and Evgeni Malkin (1.10) – have a higher point-per-game average than Kane (1.05) this season.

We wrote about the schedule helping the Blackhawks in the wake of Kane’s injury, with the first two weeks after the deadline being spread out and against mediocre competition. But it hasn’t helped the Blackhawks offense, which has been dormant since Kane went down.

Since Kane left the lineup, the Blackhawks have managed only 11 goals in six games (1.83 per game). In the 61 games before Kane’s injury, the Blackhawks were averaging 2.82 goals per night.

What’s worse, the Hawks have struggled to find consistent offense in five of the six games; five of those 11 goals came in one game, against the awful Carolina Hurricanes. And the Hawks managed only one goal in 65 minutes against an Edmonton team that has taken over last place in the NHL, allowing a league-high 3.35 per game.

Chicago has been shut out twice in six games (by the Lightning and Rangers) and the power play – which was bad with Kane – has now scored twice in 20 opportunities since Kane got hurt.

Seeing one of the more potent offenses in the league struggle is an indication that 88 has been the engine that drives the Chicago offense. If the Blackhawks continue to struggle offensively, will that only bolster Kane’s would-be candidacy for the league’s top individual honor?