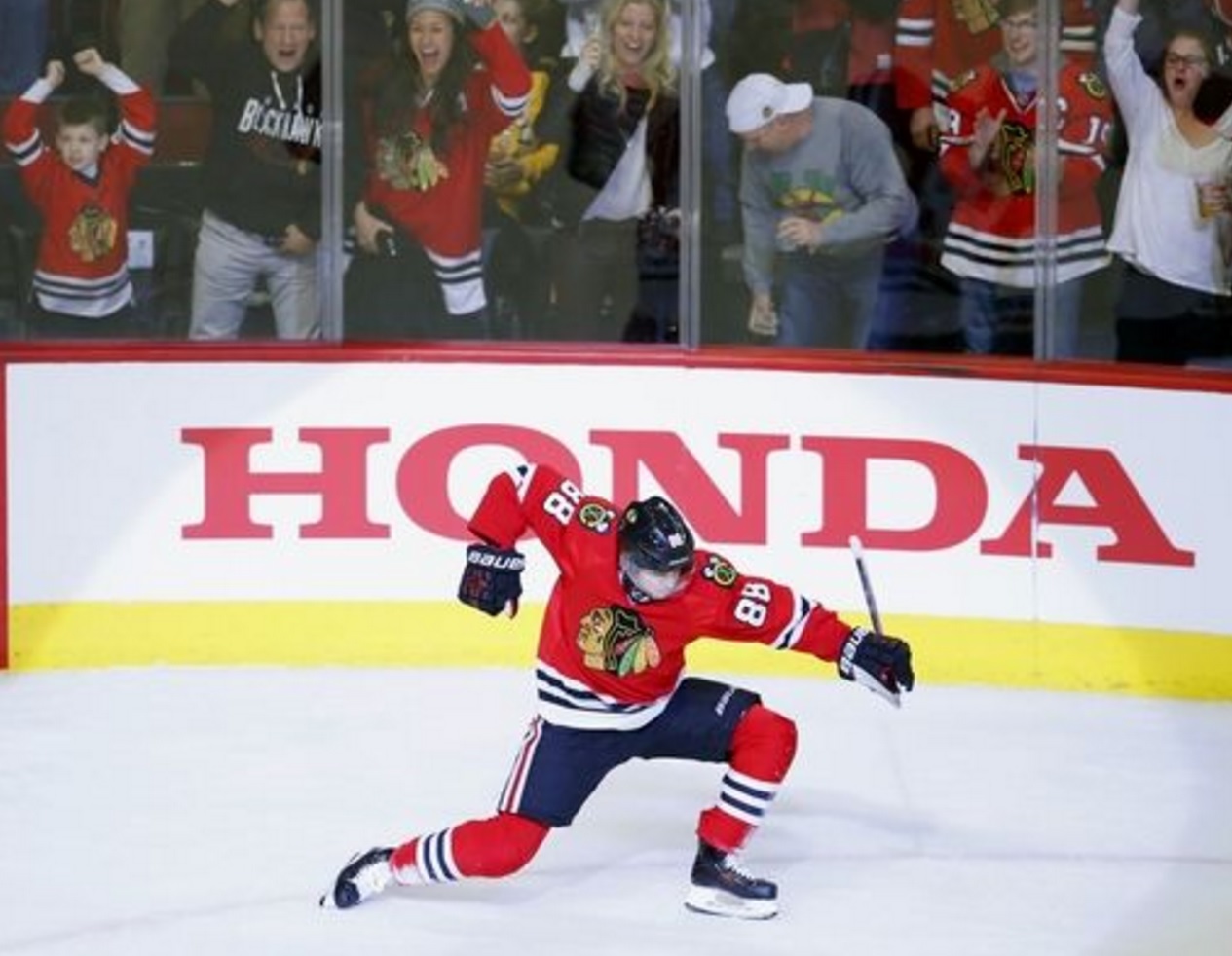 Patrick Kane came into Sunday’s game against the Boston Bruins with 96 points.

He added three goals and one assist in the early afternoon 6-4 win to earn not only the game’s number one star, but he became the first Blackhawks player in 22 years to reach the 100 point benchmark in a season.