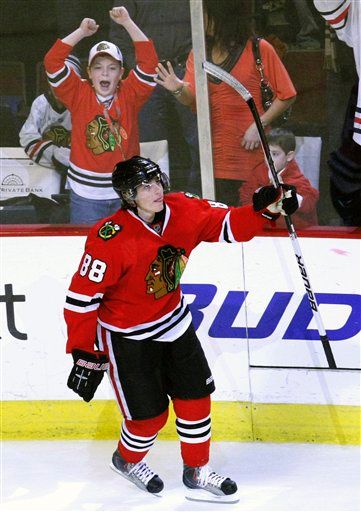 With his assist on Jonathan Toews’ goal to open the scoring on Saturday night in Vancouver, Patrick Kane became the second-youngest player in Blackhawks history to reach 250 points. He reached the mark the day after his 22nd birthday.

The youngest is still Denis Savard, who scored his 250th point 40 days before his 22nd birthday.

When the game ended, Kane had 252 points in 266 career games, which is tied for the most points with the Chicago franchise among current Blackhawks with Patrick Sharp. Sharp has scored his 252 points in 375 games.

Here is video of Kane reaching the milestone.