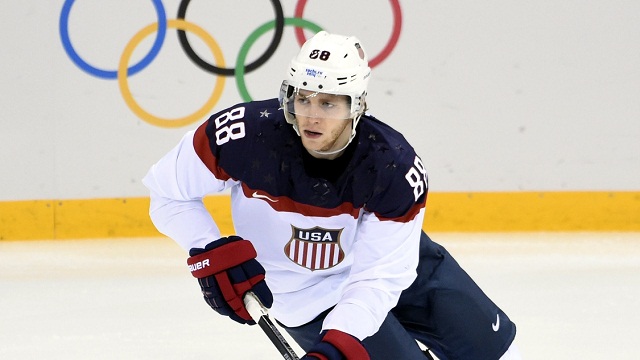 On Thursday morning, USA Hockey announced the first three players who will represent the country at the 2022 Winter Olympics in Beijing. Two of them are Chicago Blackhawks.

“It’s no secret we’re excited about the prospects of our team for the 2022 Games,” Stan Bowman, general manager of the 2022 U.S. Olympic team, said in the release. “Patrick, Auston and Seth reflect the high level of talent that will make up our final roster as we strive to bring gold back home to the U.S.”

Jones has not played in the Winter Olympics before. Kane, on the other hand, was a key part of the USA squad in 2010 and 2014.

The remainder of the 25-player U.S. Olympic Men’s Ice Hockey Team and the rest of the participating countries will be unveiled in January.