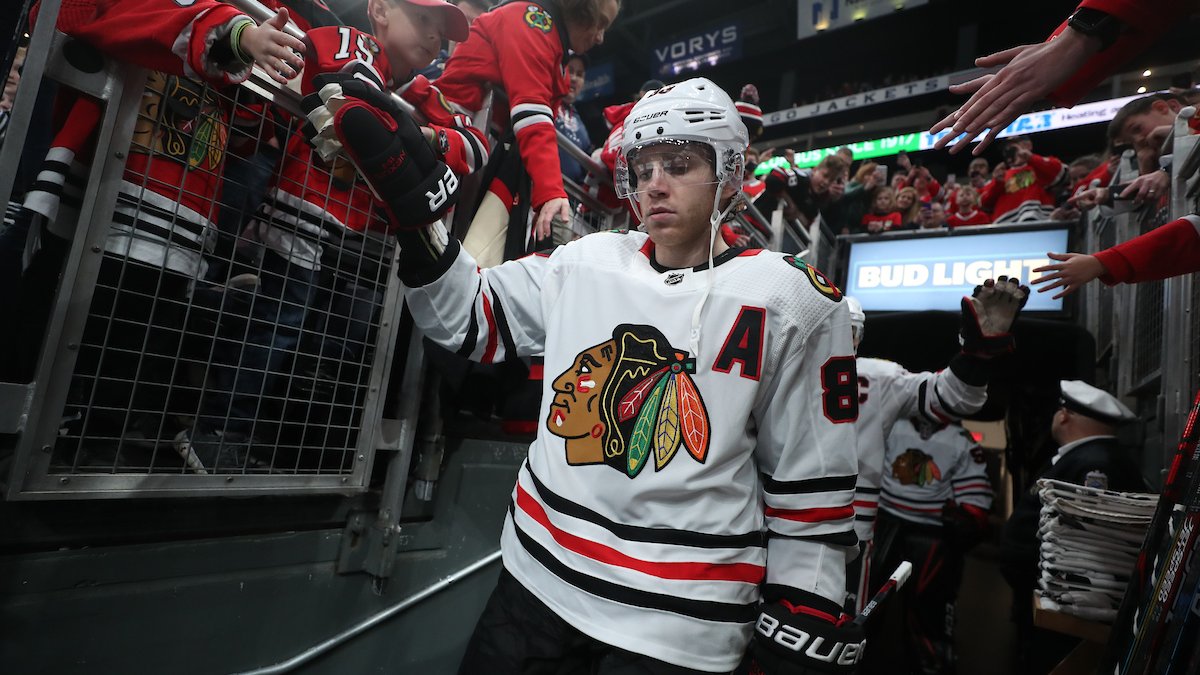 Patrick Kane has put together a career in Chicago that would put him on a Blackhawks Mount Rushmore. He’s 12 points behind Bobby Hull for second on the franchise’s all-time leaderboard. He’s one of only four players who have produced 1,000 points in the Indian head sweater: Stan Mikita, Hull and Denis Savard, all Hall of Famers, are the other three.

From this dynasty generation of Blackhawks, he has consistently been the most lethal offensive threat. And he’s done that for his entire career, since he became the first player selected No. 1 overall by the franchise.

So, with the new front office coming into shape and Kyle Davidson acknowledging that the team will re-enter a rebuild, obviously questions have come up about Kane’s tenure with the Blackhawks potentially coming to an end at some point.

He — like Jonathan Toews — has one year left on his deal that remains the biggest in franchise history by AAV. And with the team looking to turn the page into a new generation, a player who is still producing at the rate he is/does has strong trade value.

On Wednesday, the media asked Kane what he thought about his future. And he was pretty clear about it. He’d like to finish his career with the Blackhawks.

Patrick Kane on whether he wants to finish his career in Chicago. #Blackhawks pic.twitter.com/9t0qiC3rjP