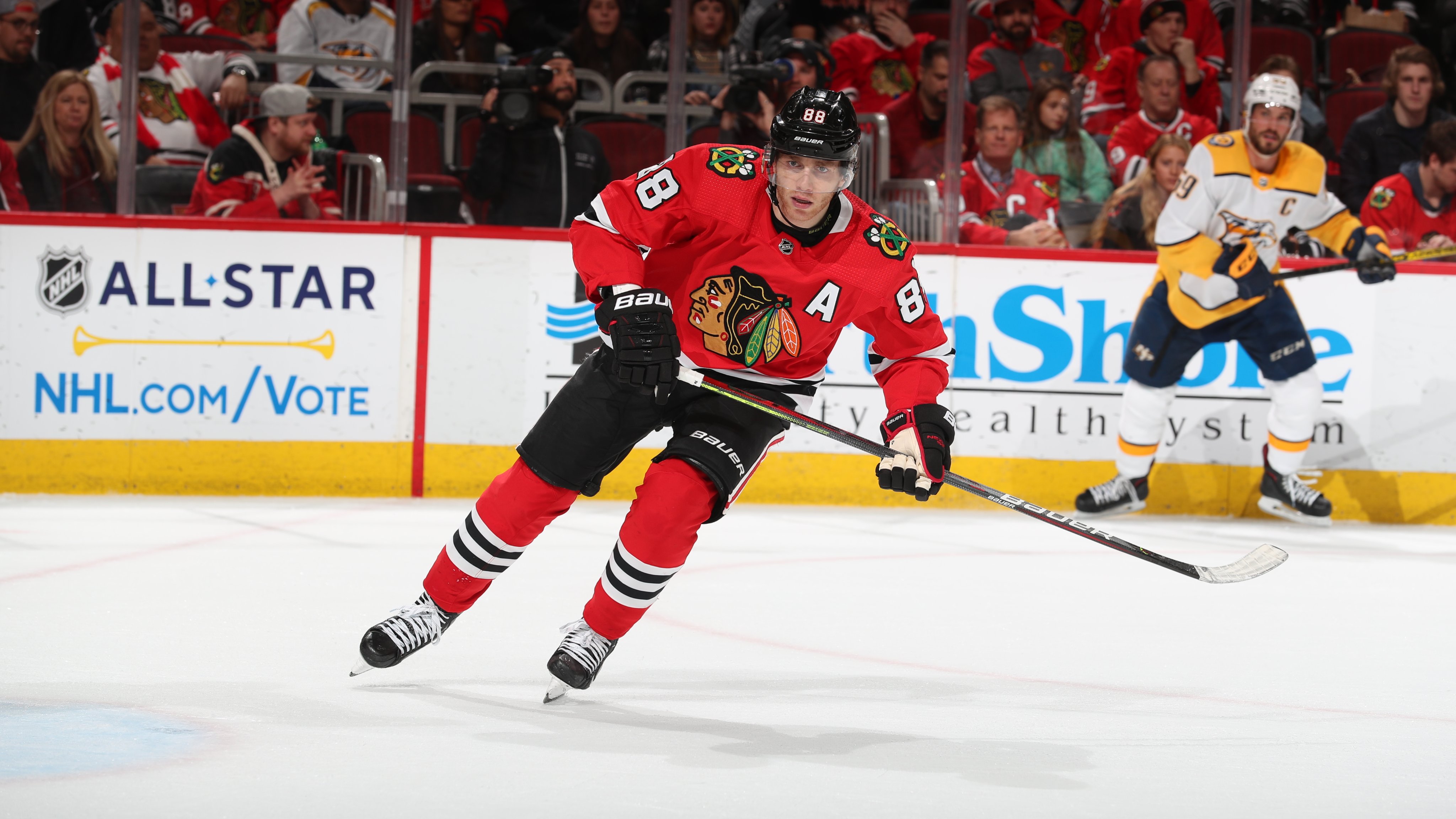 The Nashville Predators came into the United Center on Thursday evening in a unique position. One point ahead of the last place Blackhawks in the division, the Preds made an in-season coaching change. John Hynes was named the head coach hours before the Preds’ last game (against Boston).

Chicago came in with the opportunity to move out of the basement. Drake Cagguila returned to the lineup for the first time in almost two months; Dylan Sikura was scratched. And, for some reason, Slater Koekkoek was active in place of Dennis Gilbert. The Hawks got Robin Lehner back from his knee injury to back up Corey Crawford as well.

So the stakes were high for both sides. The Hawks came in winners of six of their last ten; Nashville was trying to find any consistency at all and impress their new coach.

How did the relatively-warm Hawks handle the dysfunctional Predators early?

Chicago coughed up three goals in the first period.

Viktor Arvidsson, Colin Blackwell and Matt Duchene scored for the Preds in the opening 20 minutes. Nashville out-shot the Hawks 12-10 in the first period. It wasn’t pretty – another reminder of how brutally inconsistent and unreliable the 2019-20 Blackhawks have been.

As they have done so many times this year, the Blackhawks gave up a big lead early and then pushed back. At 6:43 into the second period Dominik Kubalik got Chicago on the board.

Jonathan Toews and Duncan Keith were credited with assists on Kubalik’s 14th of the season.

Nashville out-shot the Hawks 13-7 in the second period but the Hawks got an important goal.

Early in the third period Roman Josi went to the box. Chicago was able to make Nashville pay. Alex DeBrincat sniped home his 11th of the season to get the Blackhawks within one.

Toews and Patrick Kane were credited with assists on DeBrincat’s power play goal.

After the DeBrincat goal, Hynes called his timeout to get the Preds together and rally his skaters.

The Hawks got another power play four minutes after the DeBrincat goal with Nick Bonino in the box for Nashville but weren’t able to convert on that advantage. John Quenneville got some run on the second power play unit early in the game but was replaced by penalty killing specialist Ryan Carpenter in the third period. The Blackhawks’ third power play of the night was a bad one that came up empty.

Chicago had a couple opportunities to get a good, clean shot off as the third period progressed but failed to pull the trigger. With 45 seconds left in regulation the Blackhawks called their timeout and kept Crawford on the bench for the extra attacker. Kirby Dach and Adam Boqvist were on the ice with DeBrincat, Kane, Toews, and Keith.

Toews won the faceoff coming out of the timeout but Filip Forsberg stole the puck and got it to Bonino who scored into the empty net to give Nashville a two-goal lead with 36 seconds left.

Crawford sprinted to the bench after the faceoff following the goal and Nashville scored another empty net goal.

Adding insult to injury, this goal came off the stick of Pekka Rinne.

The 198-foot goal for Nashville’s netminder cemented the victory.

Toews skated 20:59 in the game, his second multi-point game of the calendar year. Chicago’s captain now has 31 points in 34 games since Nov. 1 after posting only two points in 11 games in October. He won 13 of 21 faceoffs and was credited with two hits and one blocked shot as well.

Kubalik was fantastic – but couldn’t get on the ice in the final minute.

Dach skated 19:20 and put four shots on net with three hits but finished the night minus-two.

Caggiula skated 11:13 in his return from a concussion. He was credited with four hits. Matthew Highmore was limited to a team-low 7:59 on the ice. Quennville skated 9:24.

After receiving the most ice time of his career in the Hawks’ previous game, Boqvist was limited to 17:41 on Thursday night. He was credited with two hits and two blocked shots.

There’s absolutely no excuse for the Blackhawks to come out as flat as they did in the first period. The Hawks fought back, but to dig a three-goal hole in a game you had to have at home against a team that made a coaching change because things are so bad is unacceptable.

It’s the first goalie goal for either team in a game involving Chicago. #NHLstats #NHL