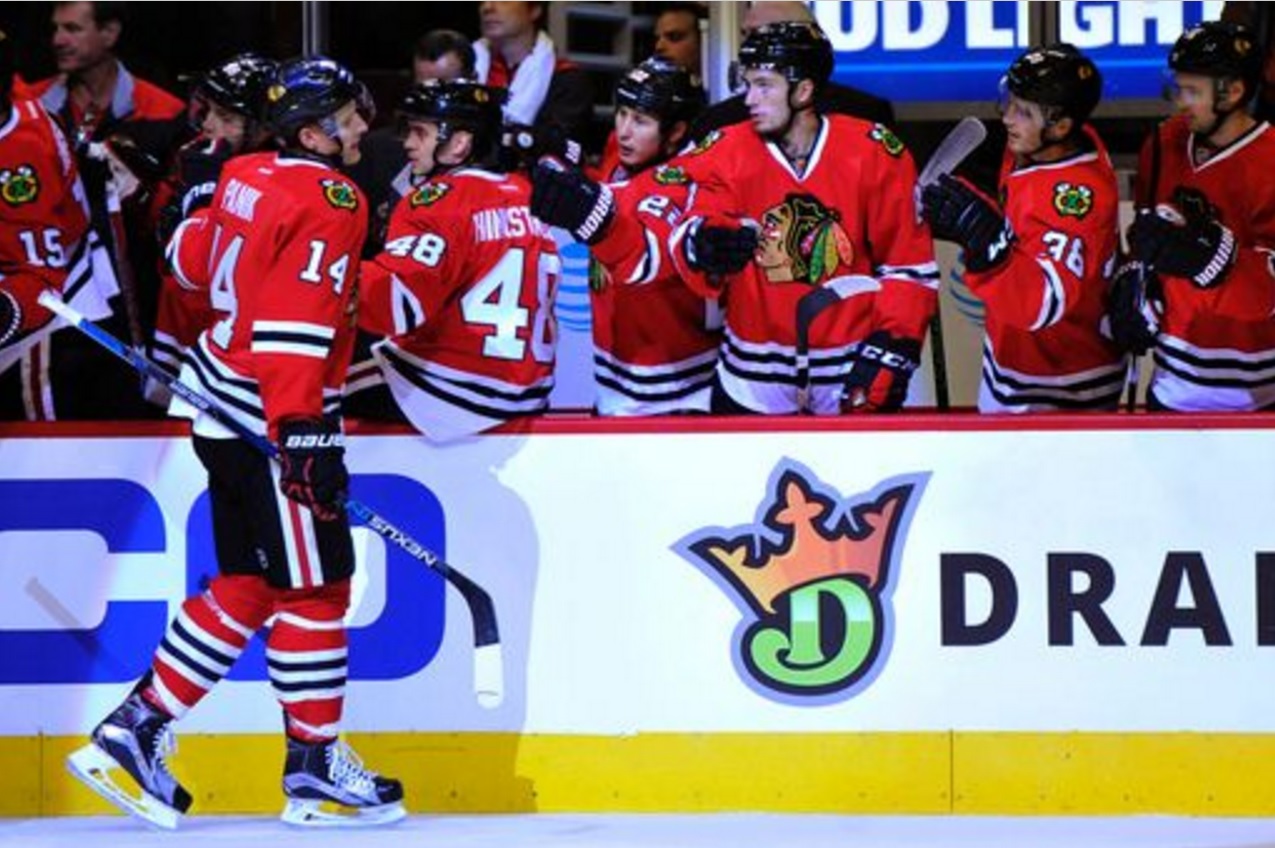 The Blackhawks opened the 2016-17 season at home against the very division rivals that knocked them out of the playoffs earlier this year. Unfortunately, penalties killed the buzz at the United Center as St. Louis ran away with a 5-2 win to begin the new campaign.

Chicago got on the board first as Richard Panik scored a power play goal 4:38 into the game. He landed on the left wing with Jonathan Toews and Marian Hossa to begin the year, and that line was responsible for the season’s first goal; Toews and Hossa picked up the assists on the marker.

Ryan Hartman got the lead back nine minutes later.

Sadly, that was it for the Hawks offense.

And the Blues were just getting started.

A parade of penalties late in the second period broke the Hawks. Jonathan Toews was called for slashing at 17:54 into the second, and was joined in the box by Artem Anisimov 37 seconds later. With two penalty killers already sitting, Duncan Keith was called for high-sticking. Before another extra attacker could get on the ice for the Blues, Vladimir Tarasenko scored his first of the year to tie the game at two.

Paul Stastny scored the eventual game-winning goal 55 seconds into the third period, still on a power play (with only Keith in the box).

Tarasenko and Scottie Upshall would both score into an empty net to blow the game out, extending the lead to the final score of 5-2.

St. Louis out-shot the Hawks 33-19 and won 35 of 58 faceoffs. Tarasenko, Stastny and Shattenkirk had three points each to lead the visitors.

There was some ugly for the Hawks.

Trevor van Riemsdyk played himself into a suit and tie for Game Two of the regular season when Niklas Hjalmarsson returns from his suspension. He picked up four penalty minutes in the game and, in the rare moment that he was on the ice trying to kill a penalty, he watched as Stastny parked himself in front of the net and scored the game-winner.

Jordin Tootoo did nothing in 4:26.

Speaking of doing nothing, the Blackhawks’ big line of Patrick Kane, Artemi Panarin and Artem Anisimov finished minus-two each with no points among them. Anisimov won five of 17 faceoffs while Kane and Panarin put only two shots on net each.

There was some good to take away from the first game of the season as well.

Motte worked on the Hawks’ first penalty kill unit with Kruger and looked good in that role. He skated 12:16 in the game, 2:37 of which came short-handed, and was credited with three hits, one blocked shot and one takeaway with his assist.

Michal Kempny and Gustav Forsling both looked good throughout. Kempny skated 18:44 with two hits and one blocked shot; he saw 2:32 in short-handed ice time in his NHL debut. Forsling skated 15:29 in the loss, 2:33 of which came on the power play.

Corey Crawford stopped 29 of 32 in the loss. Jake Allen made 17 saves against 19 shots to earn the victory.