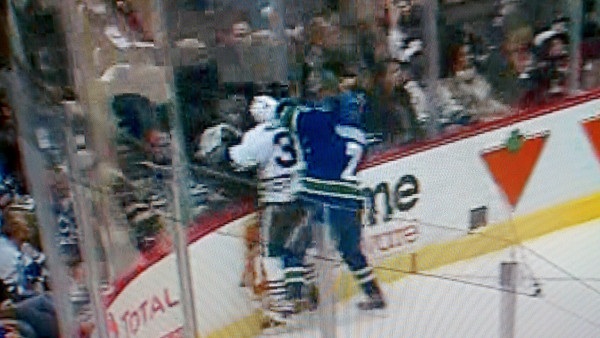 After this hit, Dave Bolland was called for an unsportsmanlike conduct penalty. Which is laughable, considering all he did was stare at Dan Hamhuis.

Keep in mind that Hamhuis suffered two concussions of his own this year, and he then took this run at Bolland in the corner.

We’ll see if the league office cares enough to do anything about one concussion-case running at another, considering he wasn’t behind the net in the “anything goes” area.

Thanks to @wyshynski for posting the pic on Twitter.